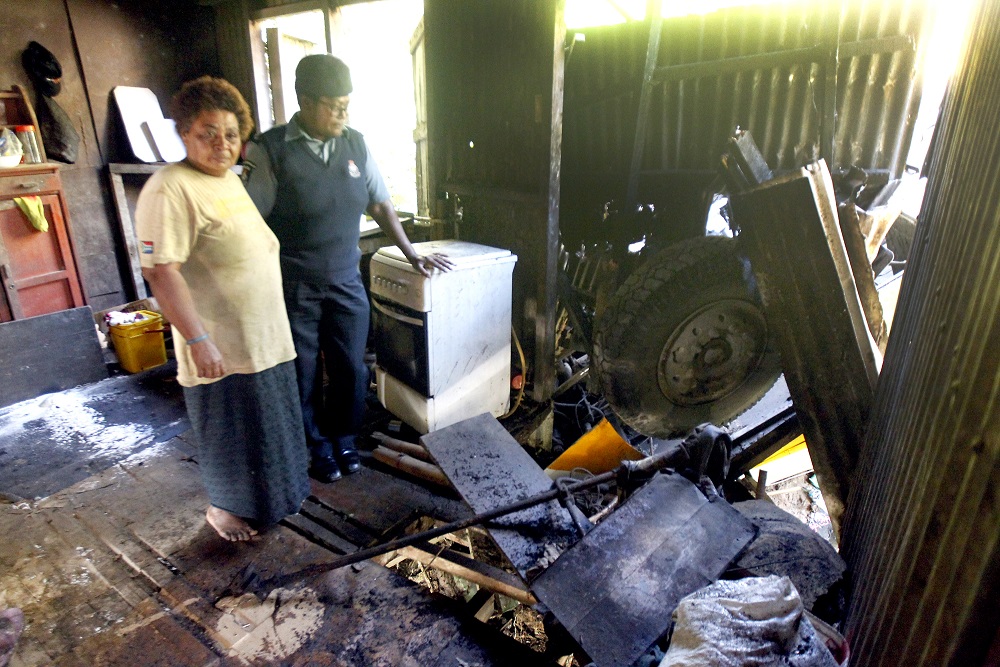 A 65-YEAR-OLD woman who witnessed a bus topple over and smash into her home says she cannot believe she and her two-year-old granddaughter are alive.

Ani Katonivere said the school bus crashed into the kitchen where they were preparing dinner just seconds before the accident happened.

She said it was about 3pm when she saw the bus making its way up the hill at Lakena No.2 just minutes out of Nausori.

“This bus was on its way up and it was about to turn when it began reversing because an oncoming vehicle was on its way down,” Ms Katonivere told The Fiji Times.

“I looked up just in time to see the bus topple over from the top, I was in so much shock when I saw this happened.

“I grabbed my granddaughter’s hand and we rushed out of the house. At the same time, the bus hit our kitchen right where we were standing.”

Ms Katonivere said she saw the students trying to rush out of the bus when it overturned.

“I could hear them crying and some of them ran towards us so I tried to comfort them and calm them down.

“They were trembling with fear and they could not stop crying, it happened so fast.”

She said the bus usually catered for students from Saraswati College and Nausori Primary School.

She said members of the Fiji Police Force and the National Fire Authority were at the scene and helped transport the children to the Nausori Health Centre.

Follow up reports can be read in tomorrow’s edition of The Fiji Times.