A 12-YEAR-OLD boy who lost his father in April early this year was one of the two students who perished in the Lakena bus tragedy yesterday afternoon.

Steven Naibuka was described by his stepmother Alena Naibuka as a hardworking boy who was always obedient.

“When I was told that the bus had overturned, I ran outside and I met a boy on his way up, he told me that Steven was trapped in the bus,” Ms Naibuka said.

“I still can’t believe he is gone. We talked properly before he left for school.”

She said at the Nausori Health Centre, the nurses were trying to revive him but he did not respond.

“They called me in to see him for one last time. Both of his parents have died and his father had asked me to look after him before he died in April.”

The second victim, Makereta Mataika, was 13 years old and according to her mother, Asenaca Tutu, she aspired to be an accountant when she grew up. 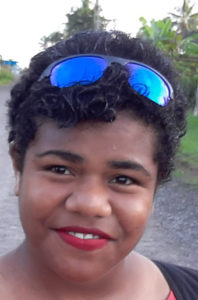 “I honestly can’t believe that she is now gone, she was hardworking and she did everything I had asked her to do,” Ms Tutu said.

“She had big dreams and now she isn’t here anymore, I honestly still can’t come to terms with her death. I just miss her so much.”