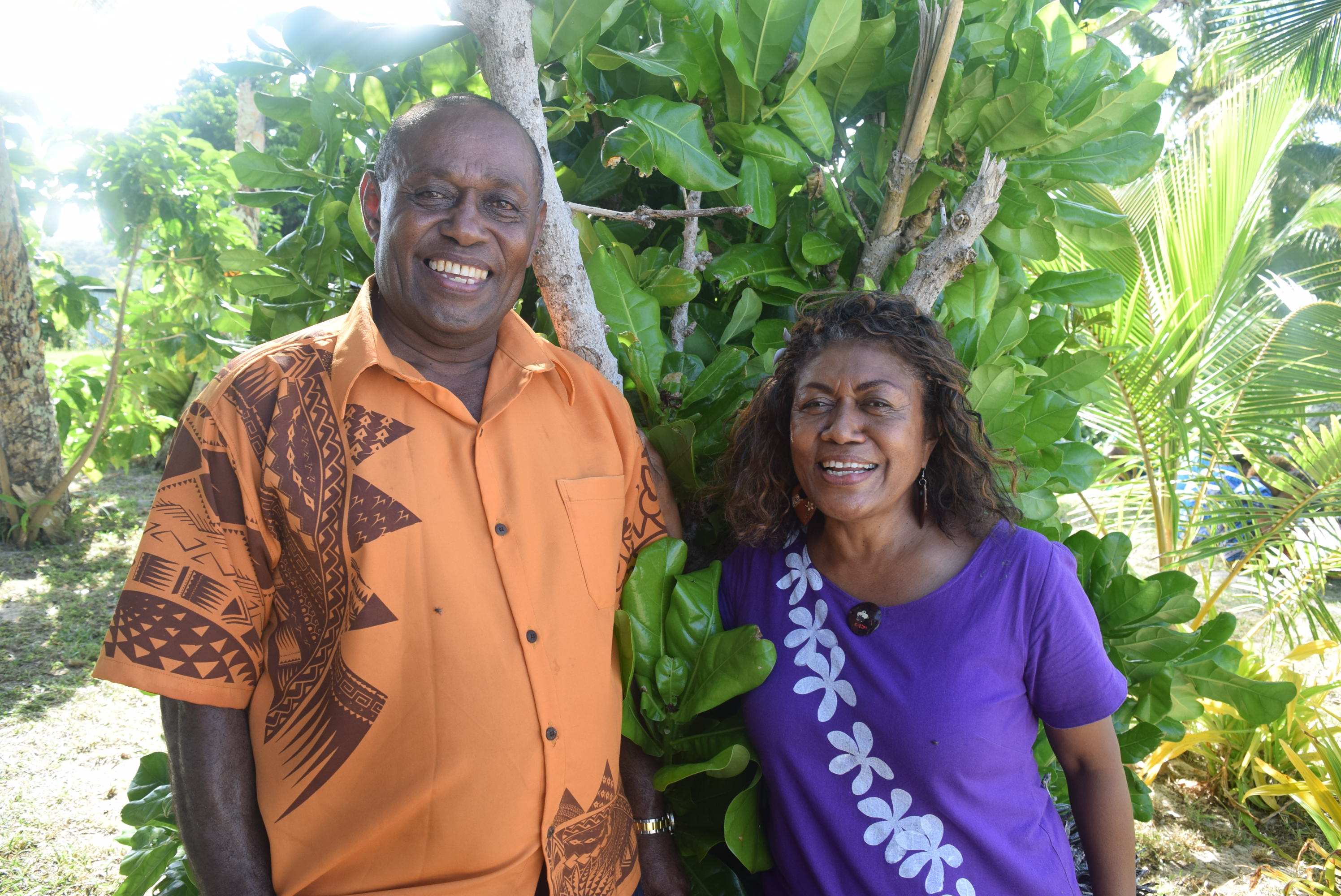 The Young Vude Queen, while growing up on Yacata, the young and bubbly Laisa Vulakoro had many friends.

Two were very close to her heart – Peni and Titilia, both her first cousins.

Like Laisa, Titilia too preferred “hanging out with boys and climbing trees”.

“She was strong and was a tomboy like me,” Laisa recalled.

“We did everything together.”

“Although she was a year older than me, she was my closest girl cousin and friend. We did a lot of naughty things, including climbing mango trees and playing with village boys.”

“My dad would grab me and say “remember you are not a boy”. He would take me in front of the mirror to look at my reflection. It was his way of reminding me I was a girl.”

Fate separated the two girls when many years later, as young adults, Titilia chose to be the simple village housewife after marriage while Laisa travelled the world pursuing her childhood dreams of being a star.

This time it was through misfortune.

Laisa was returning from one her trips to the United States when she paid Titilia a visit. She was slowly dying of cancer.

“She was a beautiful girl but when I saw her on that day she had lost all her good looks and weight. I asked myself “how can life be so unfair?” I just hugged her and broke down crying.”

“We grew up together, we were both very strong, both tomboys but we took different pathways. I chose to travel, sing and see the world but she stayed in the village, got sick and was dying. When I returned from another overseas trip I learned she was gone.

Peni, on the other hand, was Laisa’s classmate at Sukanaivalu Primary School and her best male cousin.

He was her mother’s younger brother Samu’s son.

“I remember her stopping at our house, which was near the school, and waiting for me. The two of us would hold hands and walk to school together,” Peni said.

“Because Laisa was smart she used to help me a lot in my school work. When the teacher was not looking she would give me her test answers by passing them under the desk so I could copy and pass.”

Laisa was the brightest student in her class, coming first in every exam from year one to seven. She attended year eight in Suva.

“Only once I came in second (class 7) and I cried and cried. I got so angry and went home to complain to my father. I argued I was supposed to come first and not the boy in my class. I felt the teacher had favoured him.”

“So when my dad wanted me to be a lawyer I think he was judging from my school work and performance during exams. But I didn’t want a degree. What for? I wanted to become a singer, that’s all I ever wanted. That was my dream.”

Laisa’s childhood home was like a half-way home, where anyone who needed a bit of help could stay for a while until things got better.

One of those people who found love in the Vulakoro household was another of Laisa’s maternal first cousins, Ema.

She was two years when her mum passed away. “When Na Matawalu died and her husband remarried, all her children were placed in other homes where they could e cared for so Ema came to live with us.”

“I was the only girl in the house and was dad’s pet. So when Ema came she took a lot of my mum’s attention and I was unhappy with that. But we later learned to love each other because we lived under one roof.”

Ema now lives in Australia with her husband and two children. Laisa said her dad Eroni was a kind man who worked hard to feed his huge family.

“We were a very big family. You’d know how big when everyone came together to eat. Amazingly, we always had more than enough food because dad was a great provider. He was the best. My mum always boasted he was the most hard working farmer and fisherman.”

One of Laisa’s best childhood memories was adventuring with her dad through the forest.

“My dad took me everywhere with him because he thought I was strong, in fact, stronger than my brothers. I could climb trees and rugged rocks barefeet.”

“We would look for ugavule (coconut crabs) and dig tivoli (wild yams), and if we were still in the forest by lunchtime, dad would light the fire and he’d cook crabs and yams in the open fire while telling me Bible stories.”

Yacata Island is littered with caves, some of them have bodies of cold brackish water, which people in the olden days used during periods of extremely dry weather.

“Yacata had a lot of caves that had bones in them. My dad always told me to treat them with respect. Coconut crabs would scatter these bones so my job was to put bones together neatly, all the thigh bones, arm bones, and skulls in separate piles. But when we returned the bones would be strewn again by crabs.”

Another popular pastime of the budding Vude Queen was horse riding along the island’s stretch of sparkling sand, something which dad Eroni never allowed.

“In those days my dad owned the only horse on the entire island, a mare named Lewa. I would wait for dad to go fishing
or farming so that I could ride the horse. When my dad found out, he would give me hiding using the wadrega ni moku
(rubber hose for smacking) that hung in my room.”

After completing year seven, Laisa’s parents decided to send her to Viti Levu to complete her studies.

It was going to be her first time away from her parents, a period that also later exposed her to the cruel side of life and
the tough reality of living in the city.

“Life was simple, beautiful and food was plentiful on Yacata. Life in Suva was different and not what I expected. It was a struggle,” Laisa said.