Lack of close supervision of seasonal workers a challenge: Vanuatu Commissioner of Labour 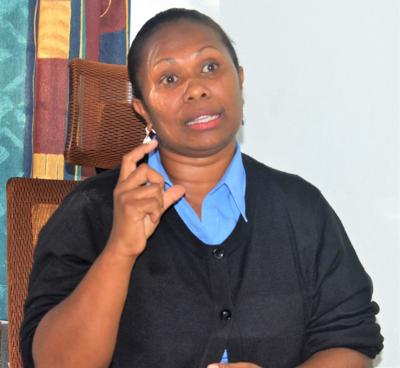 The Government has not designated liaison officers on ground to keep close tabs on the workers and their social issues concerning contracts, working and living conditions since the creation of New Zealand’s Recognised Seasonal Employer (RSE) scheme and Australia’s Seasonal Worker Programme (SWP), she said.

“The lack of liaison officers is a contributing factor to the soaring issues.

“The workers having being left unattended for some time tend to forget the strict rules and conditions of the scheme thus can engage in activities which create problems.

“Budget constraints does not allow us (the Department of Labour) to visit all the workers at different farms in each countries. Having liaison officers who can visit and communicate with the workers will help,” she stressed.

While there is no genuine policy in place to address the conduct and behavior of the seasonal workers, Commissioner Meltenoven said the Department of Labour and External Trade are working together to establish a proper Labour Mobility Policy that will guide Vanuatu in the labour scheme for the next years.

“A consultant has been engaged to set up the legal framework of the policy. Once established, the policy will address loopholes in the scheme such as code of conducts and disciplinary procedures.

“Another policy that we are also reviewing is the Seasonal Employment Act. The existing act does not capture SWP and the newly introduced Pacific Labour Scheme. We want the policy to capture all labour programs,” she explained. Apart from the policy improvements, Commissioner Meltenoven said the government of New Zealand, through its Ministry of Infrastructure, Business and Employment (MIBE) is providing assistance to the Department of Labour to improve the contents of the current Pre-Departure Toolkit.

This is to ensure that the workers are well informed on what to expect and how to behave once they arrive in New Zealand and Australia, she said.

“The pre-departure briefing is usually conducted in a room with over 50 workers for just one day. For me, one day is still not enough,” she added.

She said they want other authorities such as the churches and police to involve in future pre-departure briefings to bring change.