Labour’s McDonnell: No run on sterling if we win election 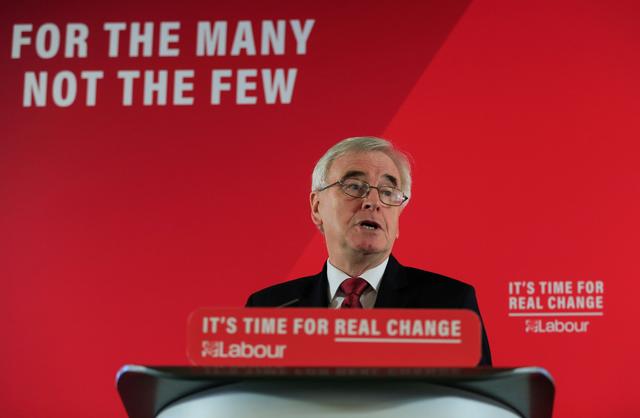 LONDON (Reuters) – Britain’s opposition Labour Party is not expecting a run on the pound if the party wins Thursday’s election, Labour’s would-be finance minister John McDonnell said on Monday, adding that he thought the currency could rise instead.

Asked what his plan to stop a selloff in sterling would be, McDonnell said: “There wouldn’t be (capital flight), that’s all the advice we’ve been getting.”

“In fact my fear is that the pound would start going up because of our investment plans.”