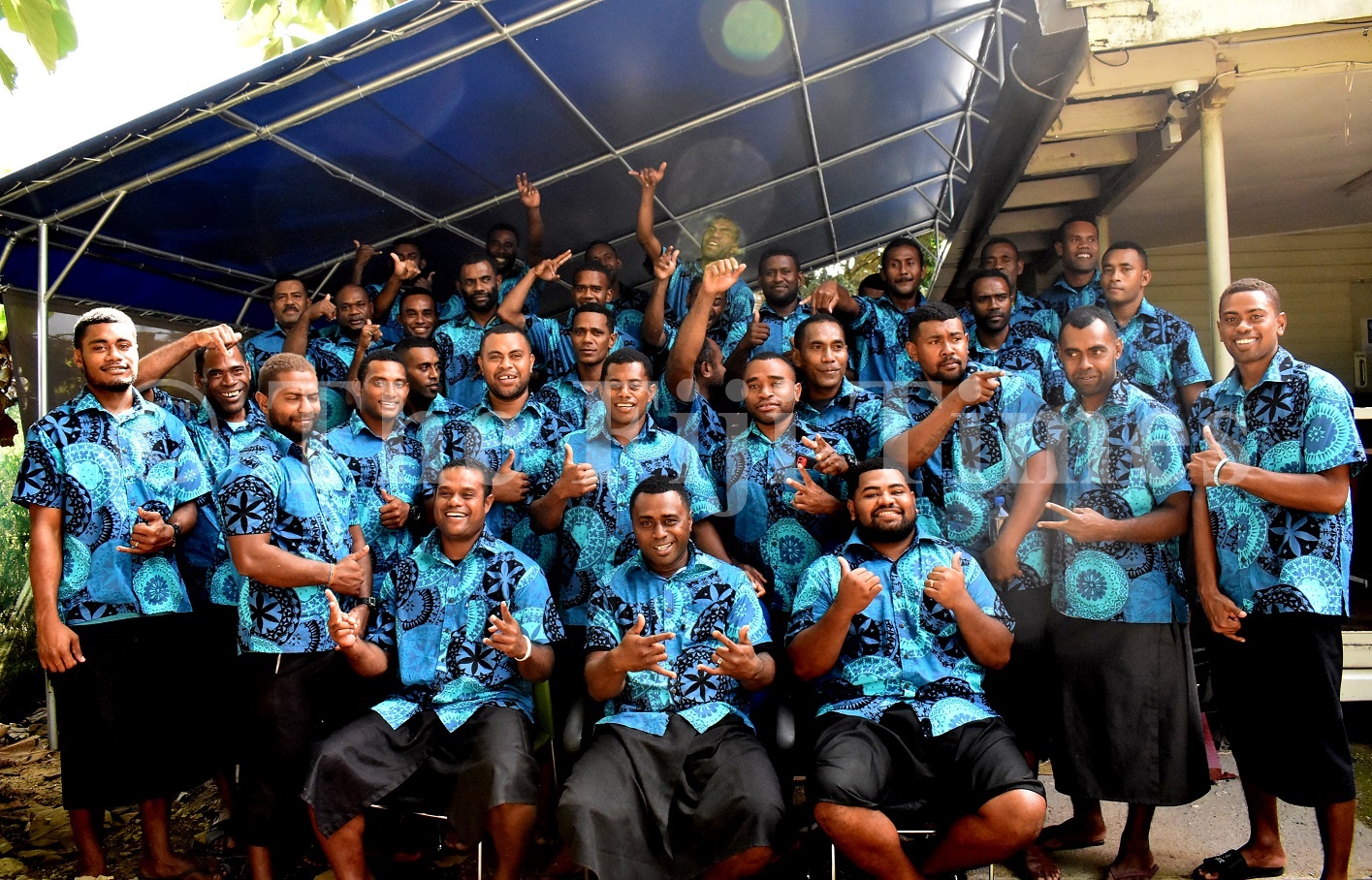 Villagers from the district of Tavuki in the province of Kadavu all set to work in Adelaide, Australia. Picture: JONA KONATACI/FILE

Over the course of the past few weeks, the issue of labour mobility and movement has made the headlines, stirring up contrasting views from employers, workers, politicians and ordinary citizens around the country.

Movement of people, especially those skilled in a field, has often been the subject of much discourse and begs the question of brain drain. Under the Pacific Australia Labour Mobility (PALM) scheme, Pacific Island Countries (PICs) nationals have taken the opportunity to apply for jobs Down Under.

Pacific Labour Policy and Engagement assistant secretary Carli Shillito said recent data indicated there were more than 29,000 PALM workers in Australia as of September 30 this year.

During the recent PALM Reform Stakeholders Consultation in Nadi, she also said an additional 40,000 pre-screened workers were awaiting job offers.

The prospect of working overseas poses an alluring prospect for many citizens, many of whom would earn wages they would never get in their home country.

Driven by the skills demand from employers in Australia and New Zealand, some institutions in Fiji have begun offering unrecognised training qualifications for overseas labour programs.

This surge in movement is not one unfamiliar for the region, as noted in the International Labour Organization’s (ILO) Labour Mobility in Pacific Island Countries report published in 2019.

The report noted that Fijians were not just moving overseas for schemes such as PALM or seasonal work.

“In the case of Fiji, for instance, the number of temporary migrants on Essential Skills visas in New Zealand and Australia and of other professional migrants elsewhere greatly exceed the number of seasonal workers,” the report read.

“In addition, there are a growing number of Fijian migrants to non-traditional destinations, such as those participating in the UN peacekeeping forces, security personnel in the Middle East, and sports people.

“In private military and security labour migration alone, there were over 1000 Fijian migrants every year from 2006 and 2011. A growing number of rugby players also emigrate, often temporarily but sometimes permanently, to New Zealand, Australia, Europe, and elsewhere – 450 Fijian athletes were estimated to be involved in foreign competitions in 2011.”

The report also noted that since Fiji had the most advanced education and skills training systems in the Pacific region, a number of its citizens have found employment in several PICs in various occupations and industries.

Thus, the migration is not just internationally, but within the Pacific region too. What are the reasons so many are moving abroad?

According to University of the South Pacific academic, Professor Vijay Naidu, labour movement was an issue that contributed to labour shortage, especially skilled labour.

“This is likely to be sectoral, for instance in building and construction because labour demand from Australia and New Zealand is sectoral,” he said.

“The Australia Pacific Training Coalition (APTC) was established to provide Australian standard training so that Fijians and other Pacific islanders would be eligible to migrate to Australia.

“Australia and New Zealand have been poaching our skilled workers and sportsmen and women for three decades at least.”

APTC is Australia’s flagship Technical and Vocational Education and Training (TVET) investment, established in the region in 2006.

It worked collaboratively with national governments, development partners and private sector organisations across 10 countries, including Fiji.

Prof Naidu said the country has had a long history of “brain drain” since the 1987 coup.

“There are more and better employment opportunities abroad, as well as much
better pay, and transparent prospects of
promotion.

“Personal security and employment security as well as the capacity to save and Fiji’s recent history of political instability and coups have led people to think that life is more peaceful and secure abroad. This is reinforced by the diaspora.”

He attributed the movement of people to employment conditions – particularly wages and salaries.

“For tradies, the hourly rate in Australia is more than five or six times as much, and in New Zealand, the ‘living wage’ movement is likely to raise their wages to five times as much as Fiji wages. That is a market rate of over $F5 an hour, and I am therefore not talking about the ridiculously low Fiji minimum wage of $3
an hour.”

“Fiji has become a transnational country with a large diaspora abroad. There was in the pre-COVID period, and the current post-COVID era, a constant movement of Fijians from Fiji to overseas countries (especially Australia & New Zealand, USA and Canada).

“There is labour migration and marriage migration. We have become a remittance dependent country. Besides sending migrants (emigrants), Fiji has become a migrant receiving country.

“We have immigrants from many parts of the world, including ANZ as well as migrant workers from these places. The labour and skill shortages is being filled by citizens of Bangladesh, China, India, Indonesia, Pakistan, Philippines, Sri Lanka and South Korea.

“We have a long standing presence of expatriate employees of multinational corporations, government departments, CEOs and other employees of large local companies and government ministries and statutory bodies, tourist resorts, universities, multilateral bodies like the UN agencies, ILO, WHO, ADB, IFM, Pacific Islands Forum, the Secretariat of the Pacific Community.”

In addition, Prime Minister Voreqe Bainimarama also gave his views on labour migration during an event in Suva recently.

He said many Fijians were taking up high-paying opportunities overseas, which was their right.

“We would be fools to stop them,” he said.

However, Mr Bainimarama acknowledged such departures leave gaps that must be filled.

“The employers of this country should be able to look to our educational institutions to provide well-trained staff they can rely on.

Employment opportunities, particularly through the PALM Scheme, are overseen by the Ministry of Employment through its National Employment Centre.

He acknowledged that Australia benefitted from labour mobility schemes, however, the purpose of the scheme was to help in up-skilling and capacity building.

While Fijians will undeniably flock to opportunities to provide a better life for their families, the onus to retain workers falls on not a singular entity, but requires a collaborative effort between employers, Government, employees and workers, trade unions, and academic institutions to deliver a work environment that is fair, transparent and financially rewarding.