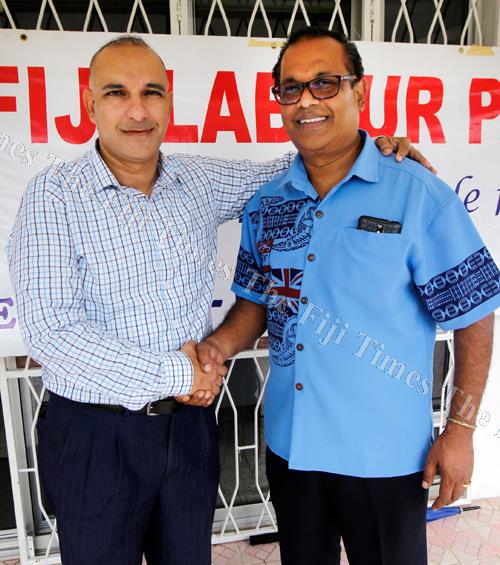 THE Fiji Labour Party(FLP) and the Freedom Alliance Party(FAP) will work on ensuring balance as they battle this upcoming General Elections together.

FLP parliamentary leader Aman Ravindra-Singh said the core partnership and agreement of the two political parties were based on key principles such as human rights,democracy,rule of law,social justice and accountability.

“Labour has got its own policies and many other policies are in line with the FAP and that’s how we are going forward,”Mr Ravindra-Singh said.

“We are simply going out to the fields with our manifestos and what is people centred that is our focus.”

FAP leader Jagath Karunaratne the parties were looking at uniting its ideals.

Mr Karunaratne said in terms of the party’s manifestos,there are a number of similarities and even though the interpretation might differ,the core principles remained.

“In terms of the manifesto, there are many things that we can agree on although the interpretation that we advocate to people may be different but consequently there are many similarities,”Mr Karunaratne said.

“Like for example when we talk abouthealth care we are talking about insurances,employee insurance and stuff like that,FLP is talking about having a national health policy that is similar to Australia and NZ.

“These are the things that we are looking at, uniting on our ideals and not dividing our differences.

“There are many aspect that we agree on so we need to work together even if there are things that we don’t agree we can find the balance there that is how an agreement is reached.”

FLP and FAP will be contesting the November 14 General Elections under the FLP banner.

The two parties reached an agreement to contest the upcoming polls in partnership and cooperation on Tuesday.