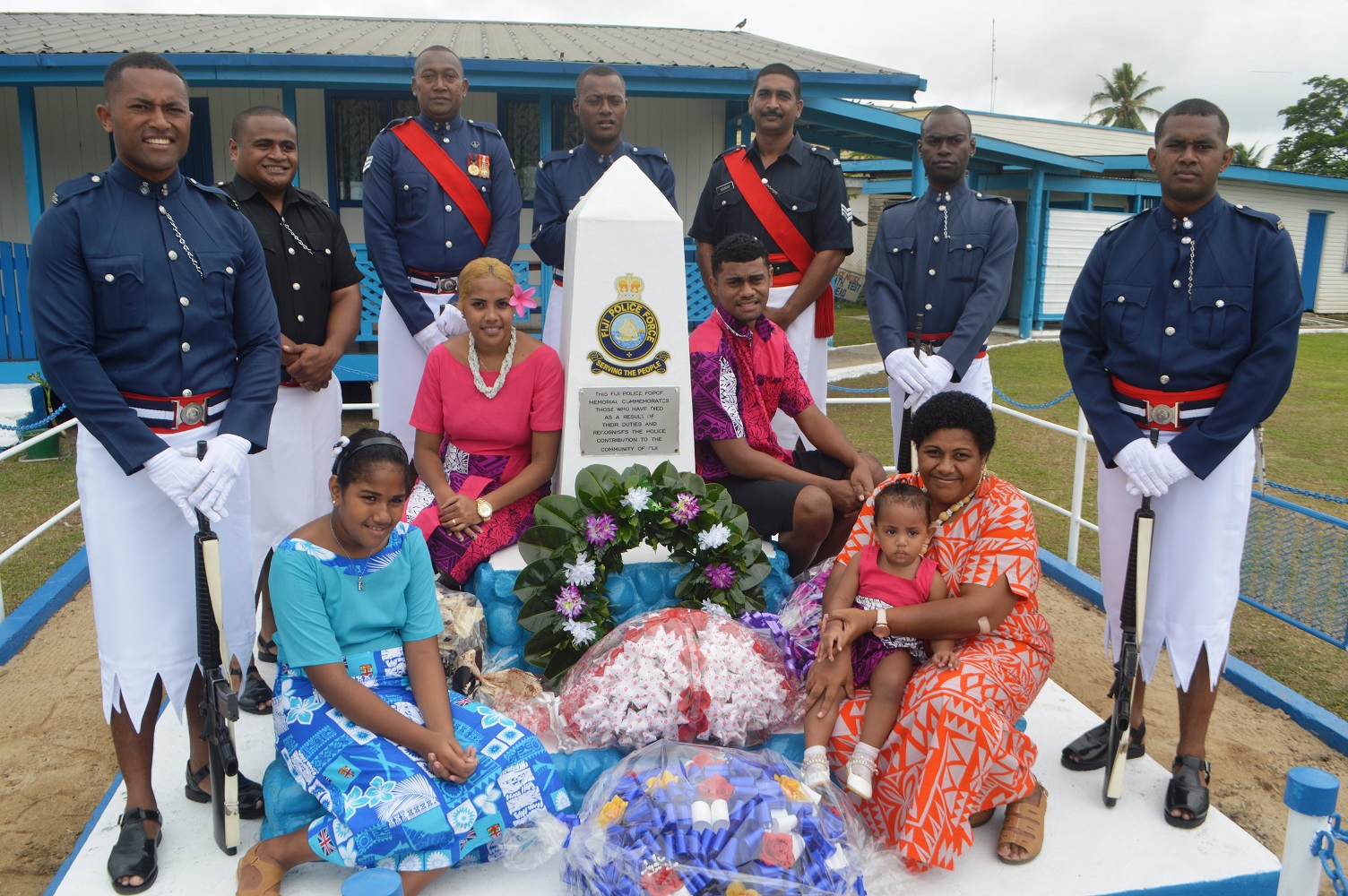 The Tokailagi family who commemorated the life of their late father Mosese Tokailagi with police officers that took part in the guard of honour. Picture: LUKE RAWALAI

THE lives of 18 former police officers were commemorated during the remembrance day at the Labasa Police Station today.

Of those, 16 were married with families while two were single.

Officiating at the remembrance day this morning, chief guest and Divisional Secretary to the office of the Commissioner Northern Soko Tuima said while the remembrance day was held earlier this year, the day was dedicated to celebrating the contributions of the fallen officers whose dedication would be remembered.

Mr Tuima said police work was much more than what people were used to seeing.

Addressing police officers, Mr Tuima said: “Majority of your work go unnoticed and because of your sacrifice, we are able to enjoy living in safer communities and a booming northern economy that all Fijians are proud of.”