Kyrgios keeps cool to set up clash with Fritz in Cincinnati 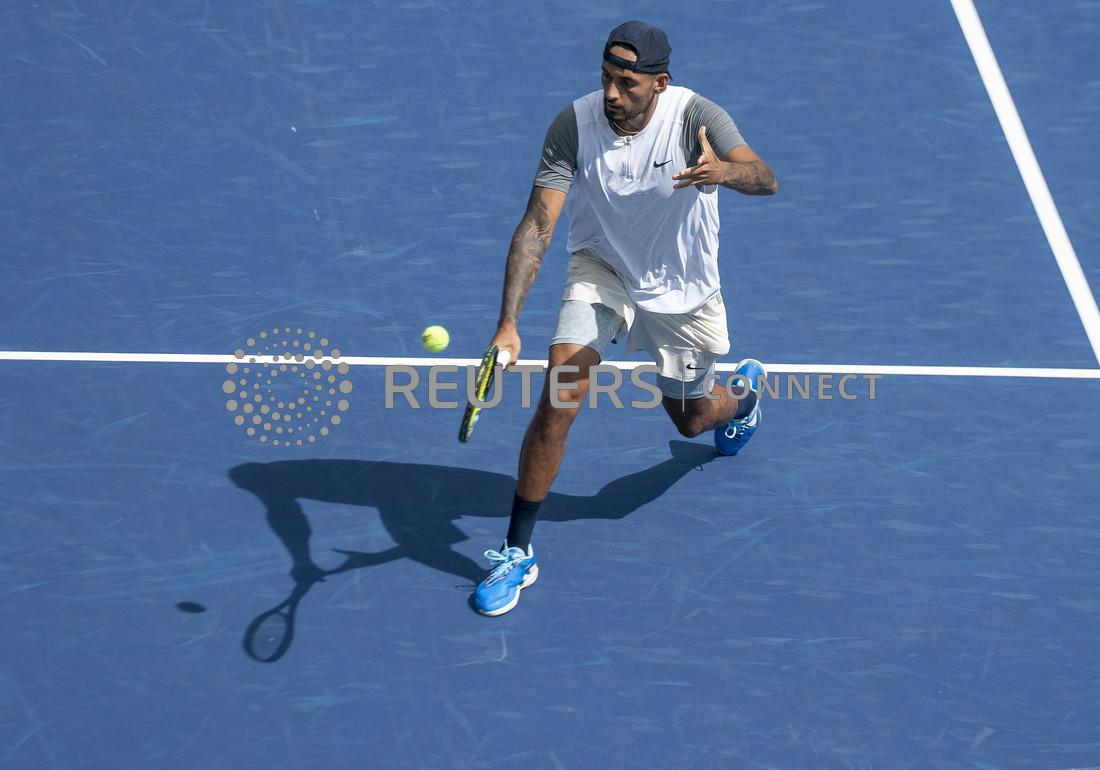 (Reuters) – Nick Kyrgios quickly regained his composure after losing his temper during a 7-5 6-4 win over Alejandro Davidovich Fokina on Tuesday to reach the second round of the Cincinnati Open, where he will face hard-hitting American Taylor Fritz.

Kyrgios appeared in complete control when he crushed down an unreturnable serve to capture the first set and went up a break early in the second.

But when the Spaniard levelled at 2-2 it caused the fiery Australian to launch a ball into the stands in a moment reminiscent of his third-round win over Stefanos Tsitsipas at Wimbledon, where the Greek did the same thing and Kyrgios argued unsuccessfully that he should be defaulted for it.

But Kyrgios quickly regained his cool, holding to love in the next game and sealing the victory with another massive serve to set up a meeting with his friend Fritz in the last tune-up event before the U.S. Open, which begins on Aug. 29 in New York.

“Fritzy is a good mate of mine,” Kyrgios said.

“He’s just a good all-around player, he’s got a huge serve. He likes to play on the front foot, similar to myself. It’s going to be a lot of big serving so we’ll see how it goes.”

Fritz’s powerful serving and aggressive returning resulted in a comprehensive 6-1 6-1 victory over Argentine Sebastian Baez earlier in the day.

The win was the 11th-seeded Fritz’s 33rd of the year and it extended Baez’s losing streak to six matches.