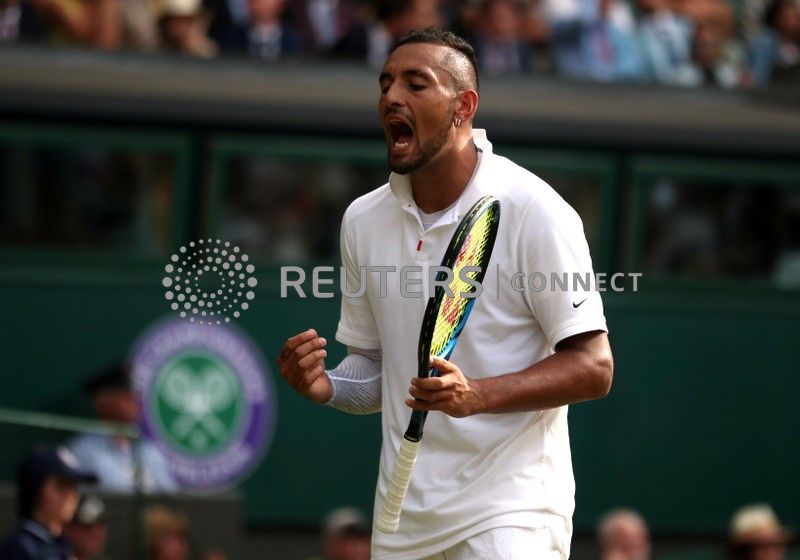 LONDON (Reuters) – Nick Kyrgios blasted a 143mph (230kph) second serve-ace during the first set of his Wimbledon clash with Rafa Nadal on Thursday – the fastest serve of any sort during the tournament so far and the second-fastest second serve in ATP history.

Kyrgios was raging after losing a challenge on his first serve and then smashed down an unstoppable, untouchable second.

Only Ivo Karlovic’s 144mph effort at the 2007 Legg Mason Classic has topped it, according to ATP statistics.

Kyrgios went to the opposite extreme moments later with a gentle under-arm ace.

Nadal won the first set 6-3 but Kyrgios took the second 6-3.