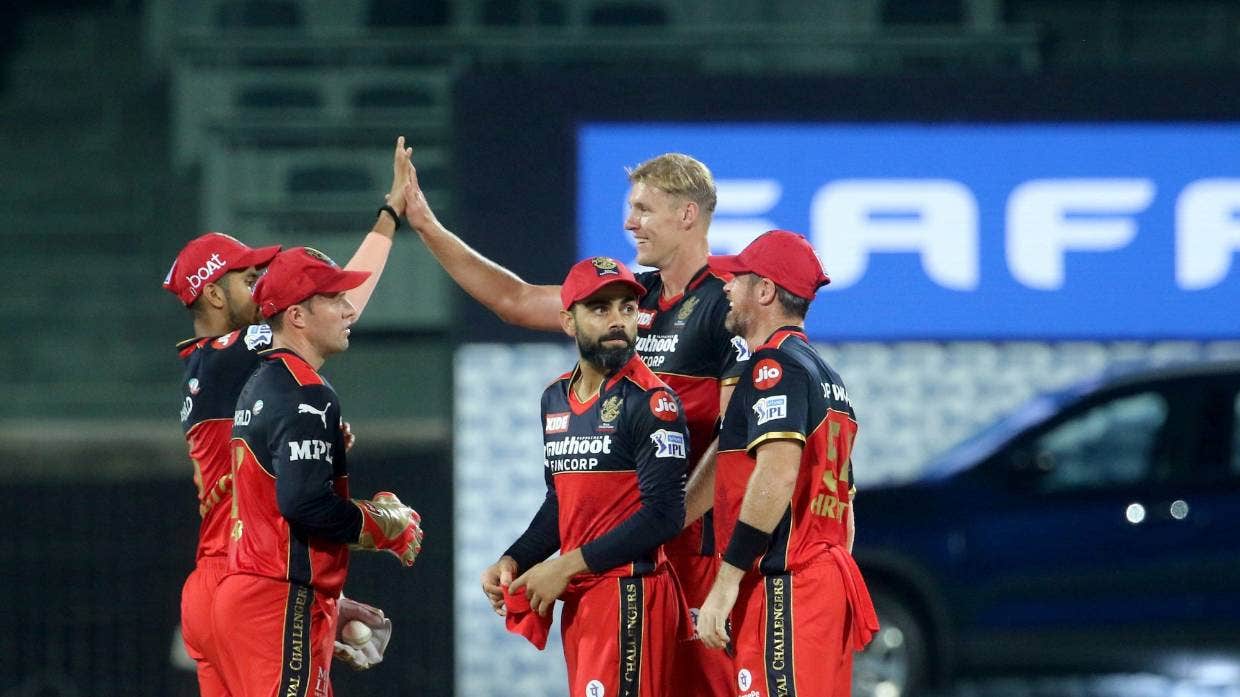 The Black Caps allrounder, who fetched a mammoth $2.85 million at the player auction, snared a wicket then had to sacrifice himself with the bat as team-mate AB de Villiers guided RCB to a two-wicket victory over defending champions Mumbai Indians on Saturday (NZT).

RCB chased down their target of 160 off the final ball in a thriller, after de Villiers cracked 48 off 27 balls and Black Caps swing bowler Trent Boult took 1-36 for Mumbai.

Jamieson and Boult were the only New Zealanders to feature in the tournament opener behind closed doors, with Finn Allen (RCB), Jimmy Neesham and Adam Milne (MI) not required for their sides.

Jamieson, coming off an expensive Twenty20 series against Australia, took a tidy 1-27 off his four overs with the ball as Mumbai posted 159-9. His first wicket was Suryakumar Yadav, caught behind by de Villiers for 31, after he was given the new ball by his skipper Virat Kohli.

In the RCB chase, big guns Kohli (33 off 29 balls) and Glenn Maxwell (39 off 28) had them on track before South African legend de Villiers took charge.

Still it got close, and Jamieson batting at No 8 faced just four balls before he smashed one back at bowler Jasprit Bumrah who stopped it with his foot, and Jamieson ran through to sacrifice his wicket and keep de Villiers in with seven balls left in the innings.

Williamson hasn’t played since March 7 against Australia as he rests an elbow injury, but said before departure he was hopeful of being available for the Sunrisers’ opener.