Kuwait PM submits resignation of cabinet in tussle with parliament 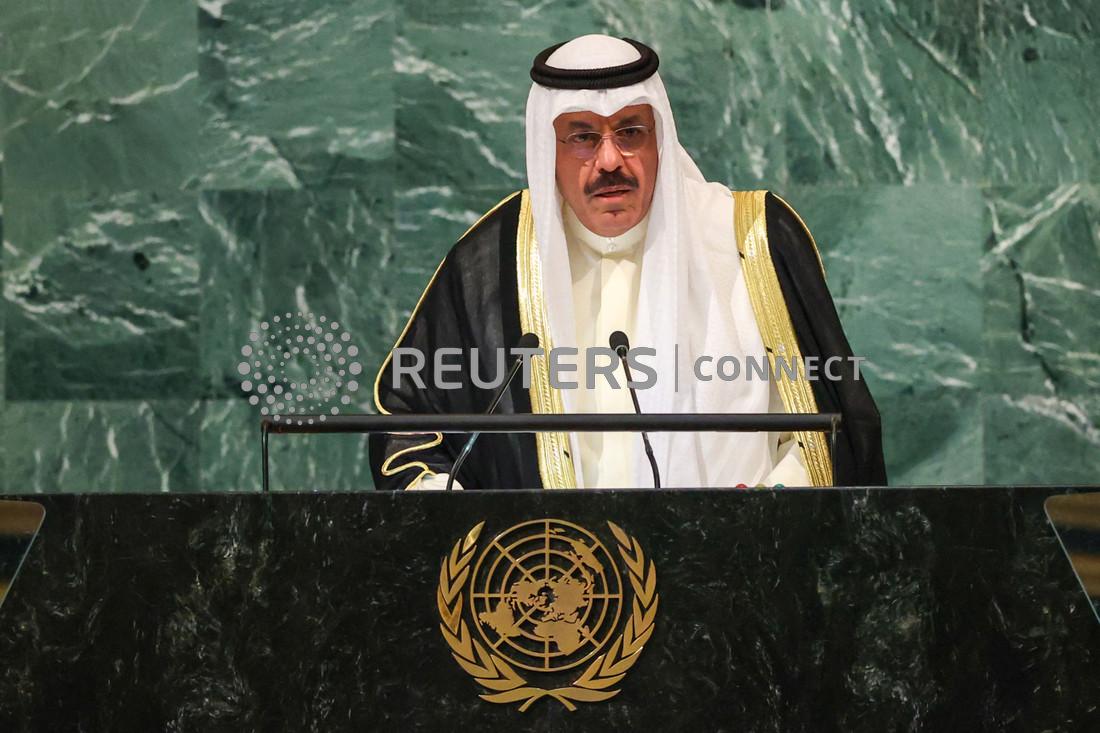 Crown Prince Sheikh Meshal al-Ahmad al-Sabah, who has taken over most of the emir’s duties, last year named Sheikh Ahmad as premier and called early legislative polls after dissolving the previous parliament to end feuding that impeded fiscal reforms.

Tensions recently resurfaced between parliament and the government, sworn in last October, as lawmakers pressed for a debt relief bill, under which the state would buy Kuwaiti citizen’s personal loans, and sought to question two ministers.

The prime minister submitted the government’s resignation to the crown prince “as a result of what has become of the relationship between the executive and legislative authorities”, KUNA cited a cabinet statement as saying.

Parliament had been scheduled to convene on Tuesday.

MP Shuaib Al Muwaizri, head of parliament’s financial and economic affairs committee, had said in a Twitter post on Sunday that personal debt relief would remain on the table until the government “officially presents just alternatives” to increase wages, pensions and social assistance for Kuwaitis.

The wealthy Gulf oil-producing nation has been trying to strengthen its state finances as part of structural reforms, including a debt law that would allow the state to tap international markets but which has faced legislative gridlock.

Political bickering has for years hampered investment and reforms in Kuwait, which is heavily dependent on oil revenues, has an expansive welfare system and a public sector that employs roughly 80% of its citizens. Kuwaitis account for less than a third of the population of 4.6 million people.

Opposition figures made big gains in September parliamentary polls in the country, which bans political parties but has given its legislature more influence than similar bodies in other Gulf monarchies.

Kuwait’s leadership has tried to overcome political discord by responding to key opposition demands including granting amnesties to political dissidents, clamping down on perceived corruption and restructuring some key institutions.