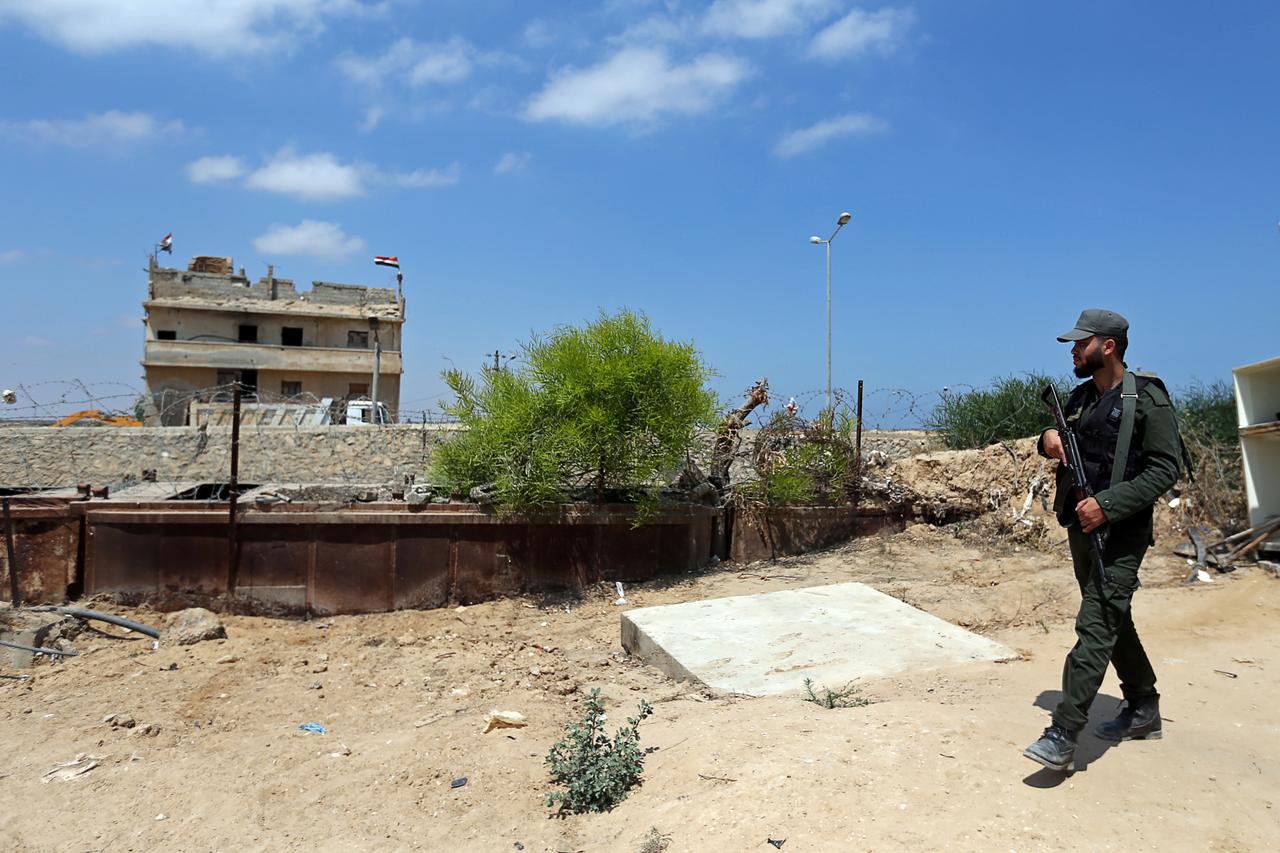 RIYADH/AMMAN/CAIRO (Reuters) – Arab politicians and commentators greeted U.S. President Donald Trump’s Middle East $50 billion economic vision with a mixture of derision and exasperation, although some in the Gulf called for it to be given a chance.

Set to be presented by Trump’s son-in-law Jared Kushner at a conference in Bahrain on June 25-26, the blueprint envisions a global investment fund to lift the Palestinian and neighboring Arab economies and is part of broader efforts to revive the Israeli-Palestininan peace process.

“We don’t need the Bahrain meeting to build our country, we need peace, and the sequence of (the plan) — economic revival followed by peace is unrealistic and an illusion,” Palestinian Finance Minister Shukri Bishara said on Sunday.

The lack of a political solution, which Washington has said would be unveiled later, prompted rejection not only from Palestinians but also in Arab countries with which Israel would seek normal relations.

Egyptian liberal and leftist parties slammed the workshop as an attempt to “consecrate and legitimize” occupation of Arab land and said in a joint statement that any Arab participation would be “beyond the limits of normalization” with Israel.

While the precise outline of the political plan has been shrouded in secrecy, officials briefed on it say Kushner has jettisoned the two-state solution – the long-standing worldwide formula that envisages an independent Palestinian state alongside Israel in the West Bank, East Jerusalem and Gaza.

The Palestinian Authority is boycotting the Bahrain meeting, saying only a political solution will solve the problem. It said Kushner’s “abstract promises” were an attempt to bribe Palestinians into accepting Israeli occupation.

The White House has not invited the Israeli government to Bahrain.

On Israel Radio, Hanegbi said Washington had tried to create “a little more trust and positivity” by presenting an economic vision but had touched a raw nerve for Palestinians.

“They are still convinced that the whole matter of an economic peace is a conspiracy, aimed only at plying them with funds for projects and other goodies only so they will forget their nationalist aspirations. This is of course just paranoia, but it’s another tragedy for the Palestinians,” he said.

U.S.-allied Gulf states, including Saudi Arabia and the United Arab Emirates, will take part in the Bahrain gathering along with officials from Egypt, Jordan and Morocco. Lebanon and Iraq will not attend.

“Those who think that waving billions of dollars can lure Lebanon, which is under the weight of a suffocating economic crisis, into succumbing or bartering over its principles are mistaken,” parliament speaker, Nabih Berri, said.

Lebanon’s Iranian-backed Shi’ite group Hezbollah, which wields significant influence over the government, has previously called the plan “an historic crime” that must be stopped.

Thousands of people marched through the Moroccan capital Rabat on Sunday to express their solidarity with the Palestinians and their opposition to the Kushner plan.

“We came here to speak in one voice as Moroccans and express our rejection of all conspiracies that target the Palestinian cause,” Slimane Amrani, vice secretary general of the kingdom’s co-ruling Islamist PJD party told Reuters.

Arab analysts believe Kushner’s economic plan is an attempt to buy off opposition to Israel’s occupation of Palestinian land with a multi-billion dollar bribe to pay off the neighboring hosts of millions of Palestinian refugees to integrate them.

After Israel’s creation in 1948, Jordan, Syria and Lebanon absorbed the most Palestinian refugees, with some estimates that they now account for around five million.

“NO HARM IN LISTENING”

In recent years, Iran’s bitter rivalry with a bloc led by Sunni Muslim Saudi Arabia has increasingly pushed the Arab-Israeli struggle into the background.

While Riyadh and its allies have welcomed Trump’s harder line against Tehran, which has cast itself as the guardian of Palestinian rights, critics accuse Saudi Arabia, the custodian of Islam’s holiest places, of abandoning the Palestinians.

Muslim scholars in the region, who would have in the past rallied popular opinion in support of the Palestinians, were largely silent hours after the plan was released, in a sign of a crackdown on dissent in several Arab countries.

Saudi Arabia has detained several prominent clerics in an apparent move to silence potential opponents of the kingdom’s absolute rulers. Egypt’s top Sunni Muslim authority, al-Azhar, has yet to issue a statement.

Riyadh has assured Arab allies it would not endorse anything that fails to meet key Palestinian demands.

Ali Shihabi, who heads the Arabia Foundation which supports Saudi policies, said the Palestinian Authority was wrong to reject the plan out of hand.

“It should accept it and work on delivering the benefits to its people and then move forward aggressively with non-violent work … to seek political rights,” he tweeted.

“There is no harm in listening to what will be placed on the table,” he wrote last month.

Yet even in the Gulf, backing for Kushner’s plan is limited.

“The deal of the century is a… one-sided concession, the Arab side, while the occupier wins everything: land, peace and Gulf money,” said Kuwaiti parliamentarian Osama Al-Shaheen.