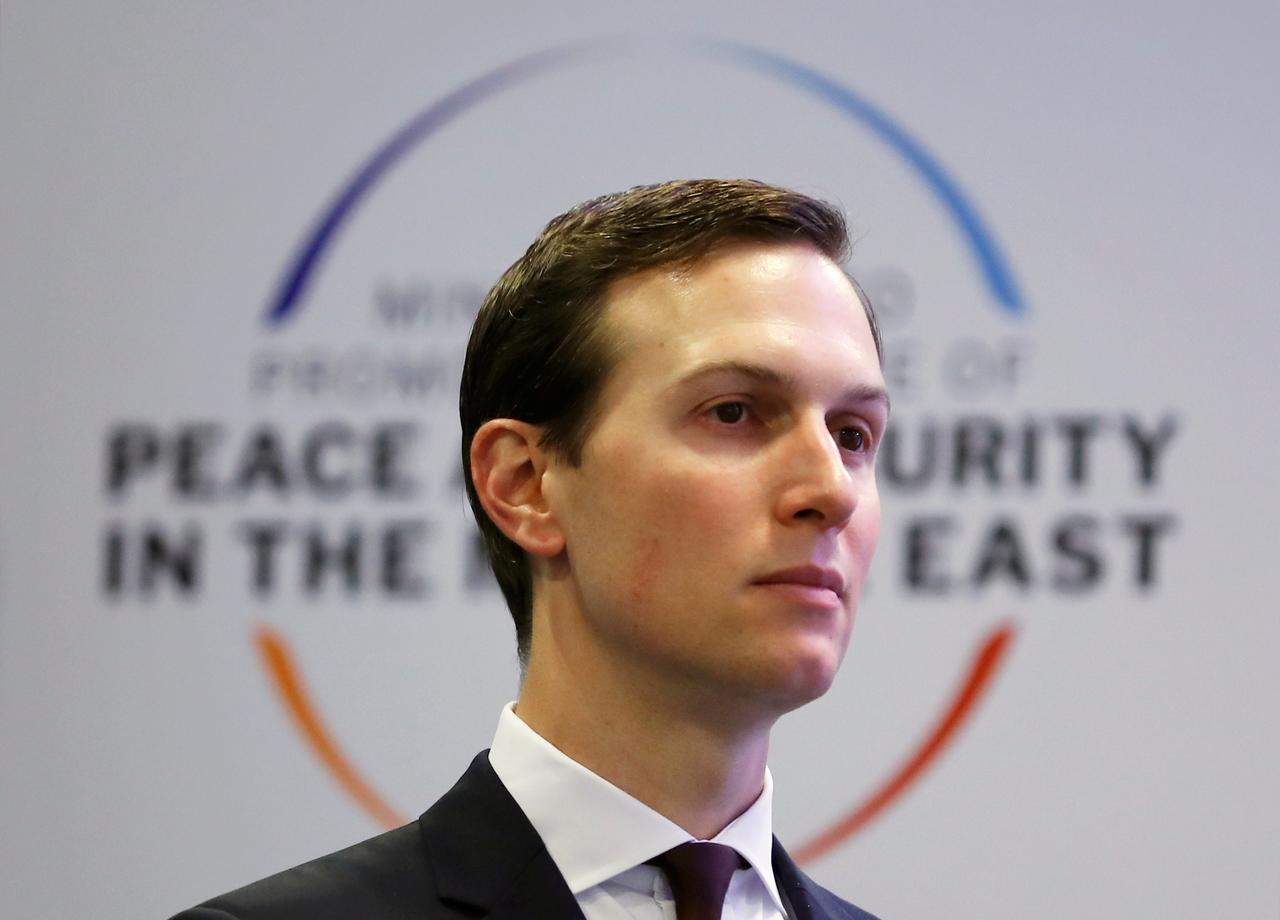 In an interview broadcast on Monday on Sky News Arabia during a visit to U.S.-allied Gulf Arab states, Kushner made no specific mention of a Palestinian state, whose creation had been at the foundation of Washington’s peace efforts for two decades.

But he said the long-awaited peace proposal would build on “a lot of the efforts in the past”, including the 1990s Oslo accords that provided a foundation for Palestinian statehood, and would require concessions from both sides.

U.S. officials said that Kushner, who is President Donald Trump’s son-in-law, is expected to focus on the economic component of the plan during the week-long trip.

But in the interview, Kushner said the proposal also contained a “political plan, which is very detailed” and “really about establishing borders and resolving final-status issues”.

Kushner was given responsibility over Washington’s Israel-Palestinian policy, along with other top postings, after his father-in-law was inaugurated in January 2017.

Kushner’s reference to borders heated up Israel’s election campaign on Tuesday. Far-right politicians portrayed his comments as a harbinger to a Palestinian state they oppose.

Kushner said Washington would present the plan only after the April 9 vote.

Palestinians, who have refused to discuss any peace blueprint with the United States in the wake of Trump’s recognition of Jerusalem as Israel’s capital in 2017, also viewed Kushner’s comments with suspicion.

Saeb Erekat, the chief Palestinian negotiator in talks that collapsed in 2014, said on Twitter that “Trump’s map” envisaged “isolated territories for the Palestinians”.

Israel has long rejected any return to what it has described as indefensible boundaries that existed before it captured the West Bank, East Jerusalem and the Gaza Strip in the 1967 Middle East war.

Palestinians seek to establish a state in the West Bank and Gaza Strip with East Jerusalem as its capital. Israel pulled troops and settlers out of the Gaza Strip, now controlled by Hamas Islamists, in 2005.

Kushner, Trump’s Middle East envoy Jason Greenblatt, and Brian Hook, the State Department envoy for Iran, are due in Bahrain on Tuesday and will make stops in Oman, Qatar and Saudi Arabia. They are not expected to visit Israel.

The countries are the focus of U.S. efforts to widen the scope of its peace plan to include an economic element in which Gulf states could help the Palestinian economy.

“We want to get advice from them (countries in the region) on what is the best way to proceed and share with them some of the details of what we will be pursuing, especially on the economic vision for all the opportunity that exists if there is peace,” Kushner told Sky News Arabia in Abu Dhabi.

In Israel, Naftali Bennett, leader of the New Right party, said Kushner remarks on borders proved “what we already know” – that Washington would press Prime Minister Benjamin Netanyahu, should he win the ballot, to “allow the establishment of a Palestinian state”.

Responding to Bennett, a spokesman for Netanyahu’s right-wing Likud party, said the prime minister protected Israel and the “Land of Israel” – a reference to the occupied West Bank – “from the hostile Obama administration and will continue to do so with the friendly Trump administration”.