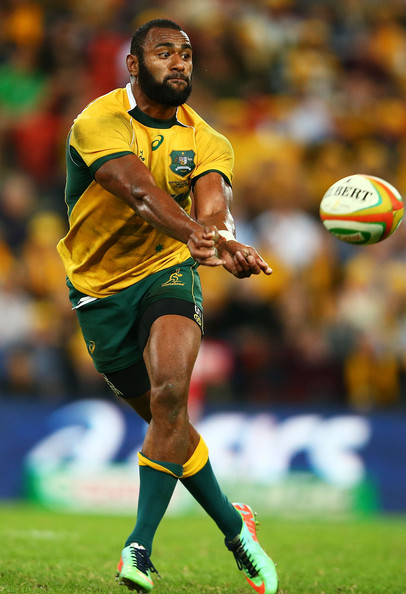 Tevita Kuridrani in action for Australia against France. Picture: ZIMBIO

TEVITA Kuridrani has extended his contract with the Australia-based Brumbies.

The Namatakula in Nadroga native had played 119 times for the club and scored a total of 28 tries after joining in 2012.

In an interview with Planet Rugby, the outside centre had been very pleased to stay with the club for another season.

“I am very pleased to have signed this extension to my current contract and I am looking forward to making some more happy memories with both the Brumbies and the Wallabies, he said.

Kuridrani is also hoping to take a spot in the final Wallabies squad to the Rugby World Cup later this year.