Kumar sinks in winner at Lautoka 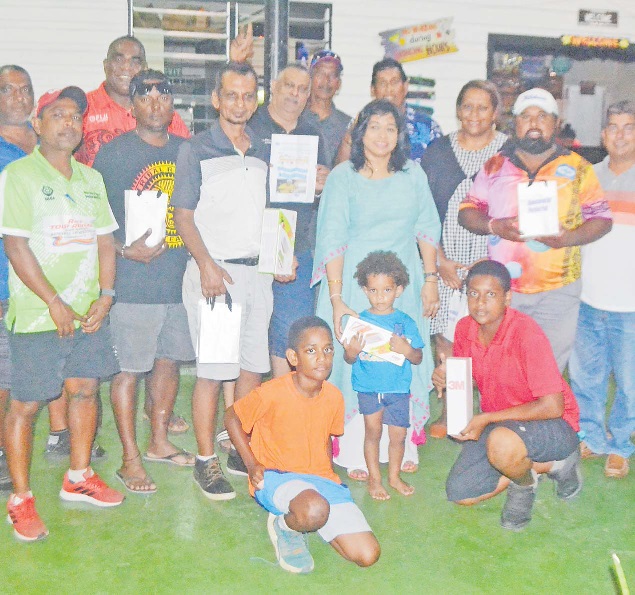 And it was double celebration for him, when Fiji 7s assistant coach Viliame Satala, who surprised the winners with his motivational speech, presented him his prize.

“I will not forget this day,” Kumar said. “This is the first time we met, and to be rewarded by him, gives me extra urge to improve my golf.”

Lawrence Naidu took out second spot on 70, with Manwal Ajay third on third on 72.

Former Nadi and national football rep Maika Kasami claimed his C-grade title on 72, with an improved performance by Reginal Ram to take out second prize on 73 with young Jeremaiah Kumar with a third placing on 75. Jay Shiu Ram & Roland Singh shared the Juniors category on 75.

NTP 2nd hole to Gaffar Ali and Pritam Singh on the 9th hole. Jalal hit the longest drive on the 3rd hole. LGC executive thanked Portion Pak Ltd director Bobby Prasad with the fabulous prizes on affer for all the winners.

Chief Guest, Viliame Satala was impressed to see the many talents, especially junior golfers playing the sport at a very young age.

He thanked the golfers, club executives, especially chairman of trustees Raymond Singh and former Fiji football rep Dennis Singh for promoting the sport and encouraging your people to play.