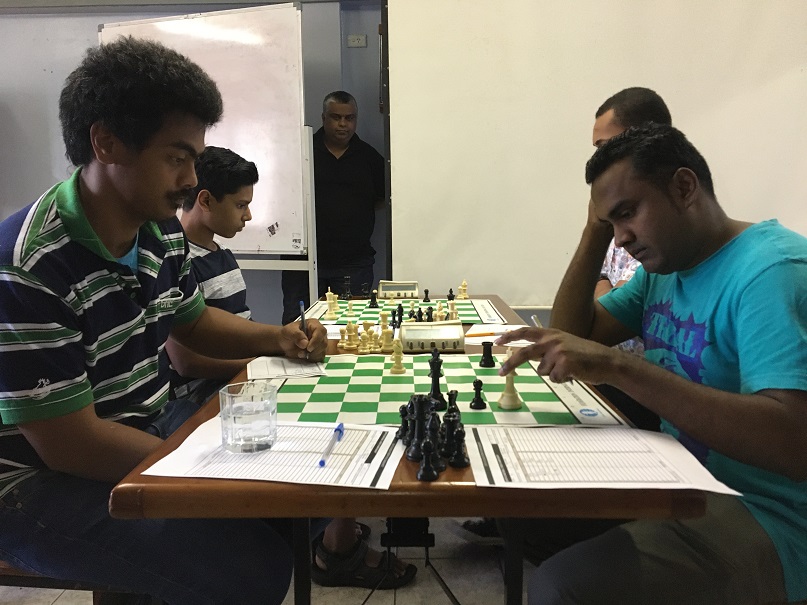 MANOJ Kumar has retained his Fiji Chess National Championship title earning himself the number one spot after the finals at the Fiji Olympic House in Suva.

Kumar said it was a good year for him and finishing off strongly in the nationals was a proud moment.

“It was a good tournament for me and to win again this year especially because there was no national tournament last year so it was nice to be part of the tournament this year and finish strong on the last day,” said Kumar.

Kumar said consistency was the key to his success and urged the younger kids who were part of the sport to keep going.

“Consistency is basically the key to success and I had started at a very young age because it is all about starting at your prime years, just put your dedication and effort into it and you’ll see the seed grow.

I have always told them to keep working on their game because one day they will obviously take over,” said Kumar.

Kumar joined the sport in 1996 and has been part of 15 national tournaments since he first began.

Meanwhile, the winner in the women’s category was Gloria Sukhu, second place was Hilda Vukikomoala and third place Kabrina Terubera winning on a tie break for third place against Tanvi Prasad.

In the open category, Manoj Kumar came out strong winning the title while Prashant Sarup came in second place.