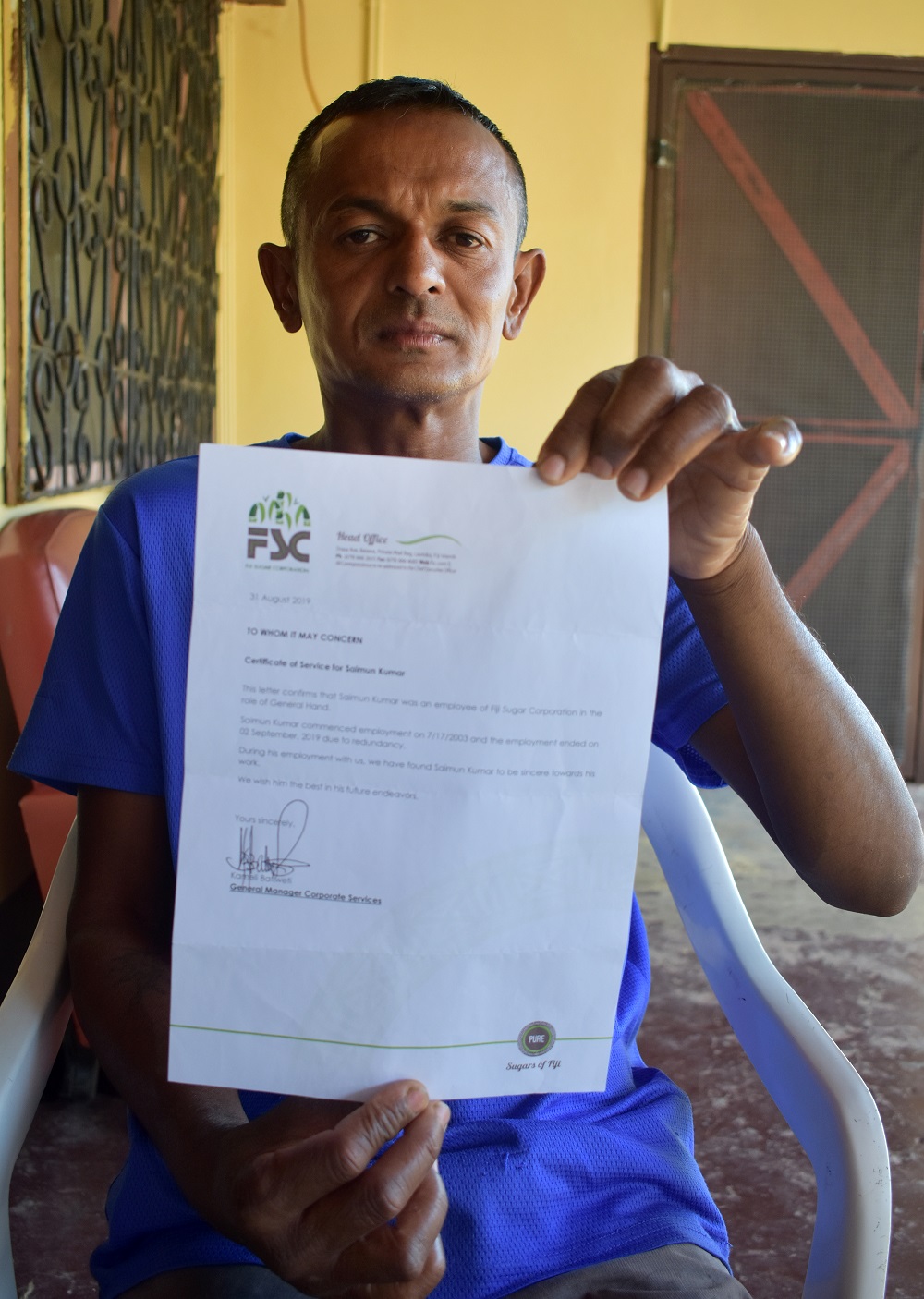 FORMER Fiji Sugar Corporation employee Saimun Kumar has claimed that the Fiji National Provident Fund has refused to give him $2000 that he went to withdraw as an unemployed person.

The Colasi, Rakiraki resident said he was given a letter from FSC, stating he was unemployed.

“FSC’s Manager Corporate told us we qualified to withdraw the money, but when we went to FNPF Ba, they said we didn’t qualify for now,” Mr Kumar said.

Read the full report in today’s edition of The Sunday Times.