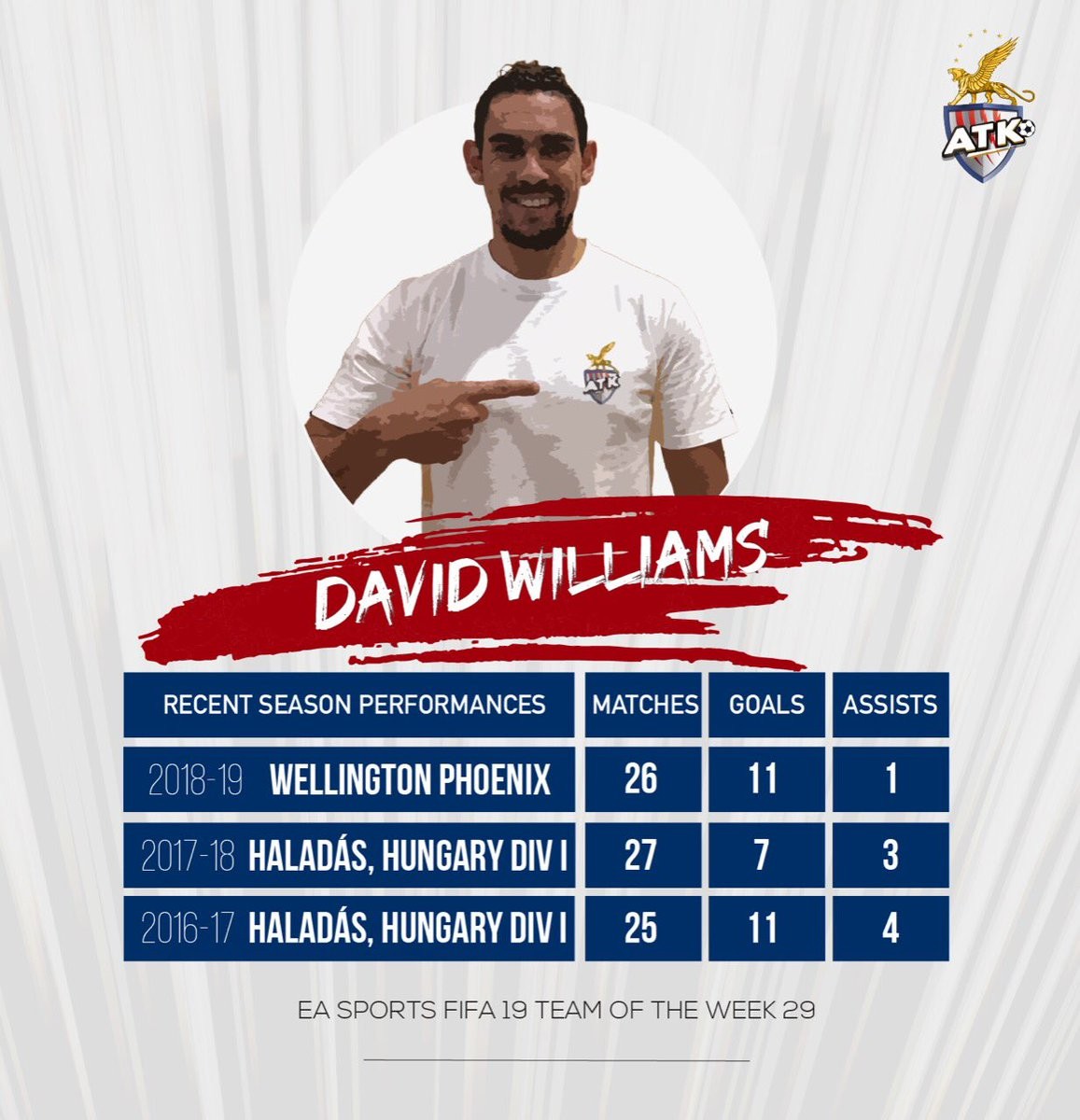 Krishna announced earlier this month of his signing with ATK.

The two times ISL champions ATK posted on its website about Williams signing up last night.

Williams scored 11 goals in 27 matches for the Phoenix this season.

Meanwhile, Krishna will join ATK after playing for Fiji at the Pacific Games in Samoa in July.