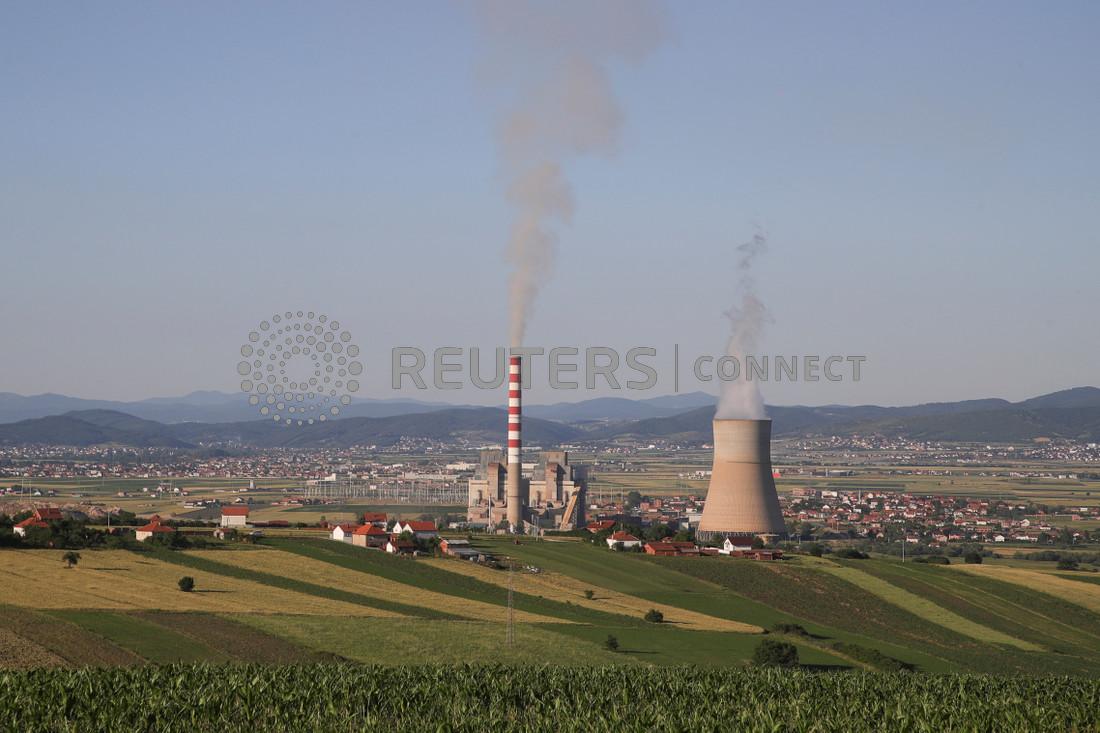 FILE PHOTO: A general view of a power plant near the town of Obilic, Kosovo, June 16, 2022. REUTERS/Florion Goga

PRISTINA (Reuters) -Kosovo’s energy ministry said on Monday it was cancelling planned power cuts for the time being as it had managed to secure electricity from neighbouring Albania, although it did not say how long the arrangement would last.

Albania, which is reliant on hydro power, is facing a drought and so also having to import energy.

Earlier, Kosovo’s energy distribution company, KEDS, started power cuts at 8 a.m. (0600 GMT) because of a lack of domestic production and high import prices.“Consumers will have six hours on and two hours off,” KEDS spokesperson Viktor Buzhala had told Reuters.

Kosovo and Albania have an agreement to share electricity, with Kosovars typically needing more in winter to heat their homes and Albanians more in summer for air conditioning.

Buzhala had said KEDS was getting only 500 MWh/h from lignite power plants and renewables and that consumption was up to 800 MWh/h.

In a statement on Sunday, KEDS had said it and the country’s transmission system operator, KOSTT, could not afford to import electricity and must rely on domestic production.

About 90% of Kosovo’s electricity production is from coal, and power utility KEK has said it has shut down almost half of its generators for regular maintenance to prepare them for winter.

Electricity consumption tends to more than double in the winter.

“If we are getting blackouts now, what will happen in winter? Will we freeze?” said Pristina resident Milaim Berisha.

Earlier this month, Kosovo’s parliament declared a 60-day energy state of emergency to help the government take steps to cope with the crisis, including power cuts.