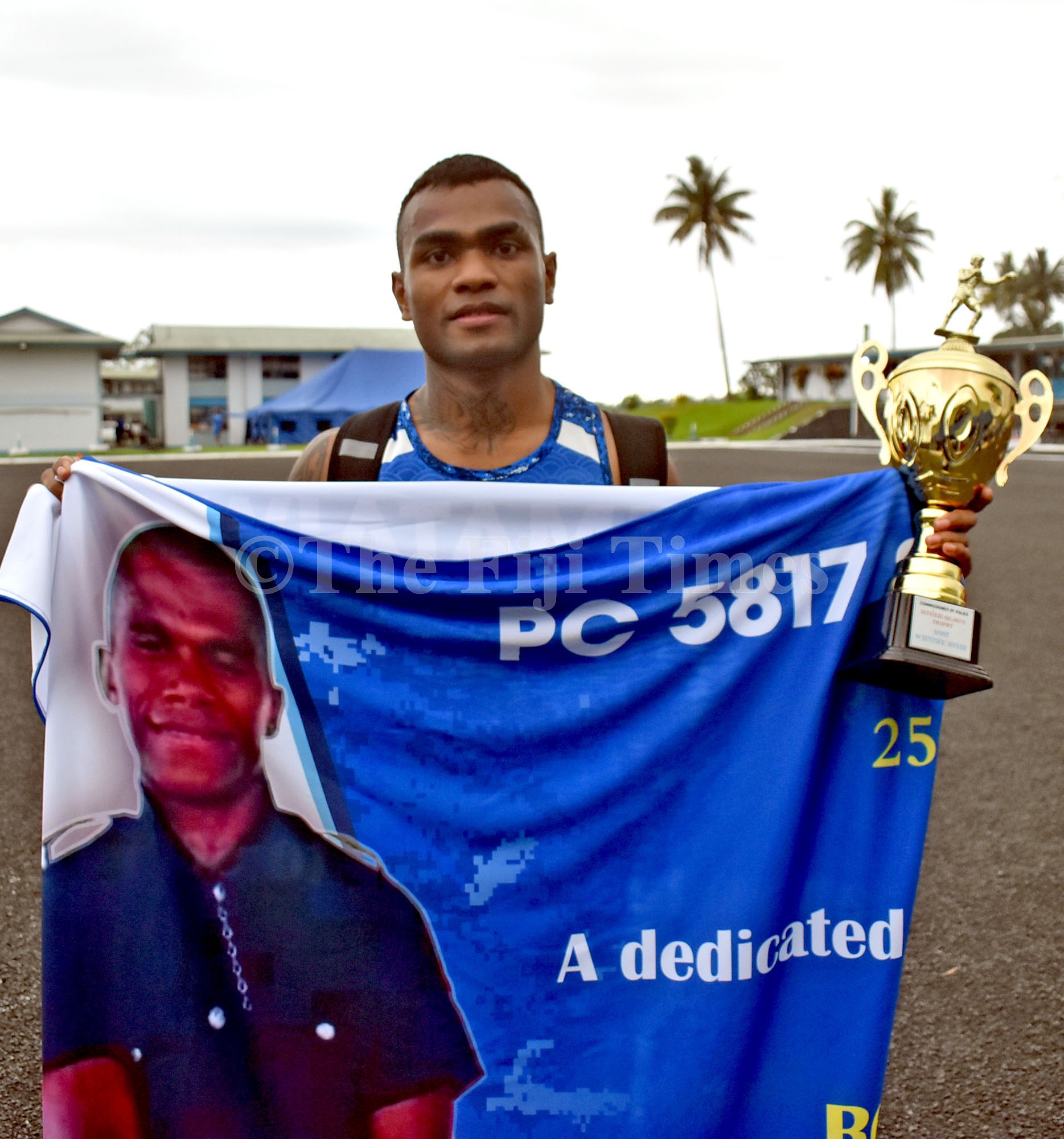 IT was an emotional moment for Jone Koroilagilagi of Police after winning the 64kg fight against Ilaijia Vucago of Army in the Sukuna Bowl boxing tournament held on Wednesday at the Police Mobile Unit.

Koroilagilagi broke into tears after receiving his trophy as he dedicated his win to the late Police Constable Siuta Niumataiwalu who died in the line of duty last month. Koroilagilagi and Niumataiwalu both graduated from the Police Academy in 2017.

“Before this boxing match I had gone to visit PC Siuta’s family, I went over to meet his mother and it was quite and emotional time for me,” said Koroilagilagi.

“This win is for him, we were in the same batch and after he left this world it was tough for me especially because he was more than a friend, I counted him as a close brother so this win is for him,” he said.

The Nairai, Lomaiviti lad who is also a national rep is currently training for the Olympic qualification next year.

“I have improved from last year and I am working extra hard because I would love to be part of the Olympics qualification in the coming year, I never back down on training and the prize at the end of the line is what pulls me through every day,” he said.