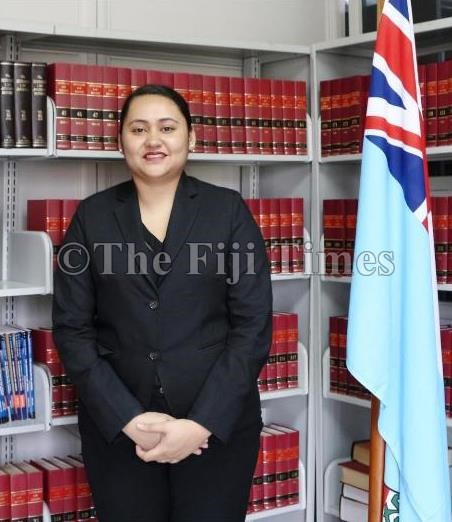 OFFICE of the Director of Public Prosecutions (ODPP) senior legal officer Moira Konrote has been appointed to head the ODPP Proceeds of Crime Taskforce.

In a statement today, Director of Public Prosecutions Christopher Pryde said there had been a marked increase in drug offences over the past five years and an exponential increase in the proceeds of this crime being laundered through the financial system in Fiji.

“The aim of the PCTF is to concentrate our efforts in attacking the drug problem by removing the profit,” Mr Pryde said.

“Once criminals know the State can confiscate assets that are tainted by criminal activity or that their drug profits can be forfeited, the prospect of a lengthy prison sentence will be a more effective deterrent,” he said.

Ms Konrote will head the newly-established specialist unit within the Serious Fraud Division of the Office of the Director of Public Prosecutions (ODPP).

The PCTF will be the central liaison point in the ODPP for money laundering and proceeds of crime matters and will be responsible for developing working relationships with other proceeds of crime agencies such as the police anti-money laundering unit, the Financial Intelligence Unit, the Fiji Revenue and Customs Service, as well as international agencies such as the New Zealand Asset Recovery Unit.

Meanwhile, this year’s ODPP conference will also focus on addressing ways to tackle proceeds of crime issues such as money laundering and will be held at the Warwick Resort from June 26-27, 2020.