Kolora and Blue for supermodel pageant 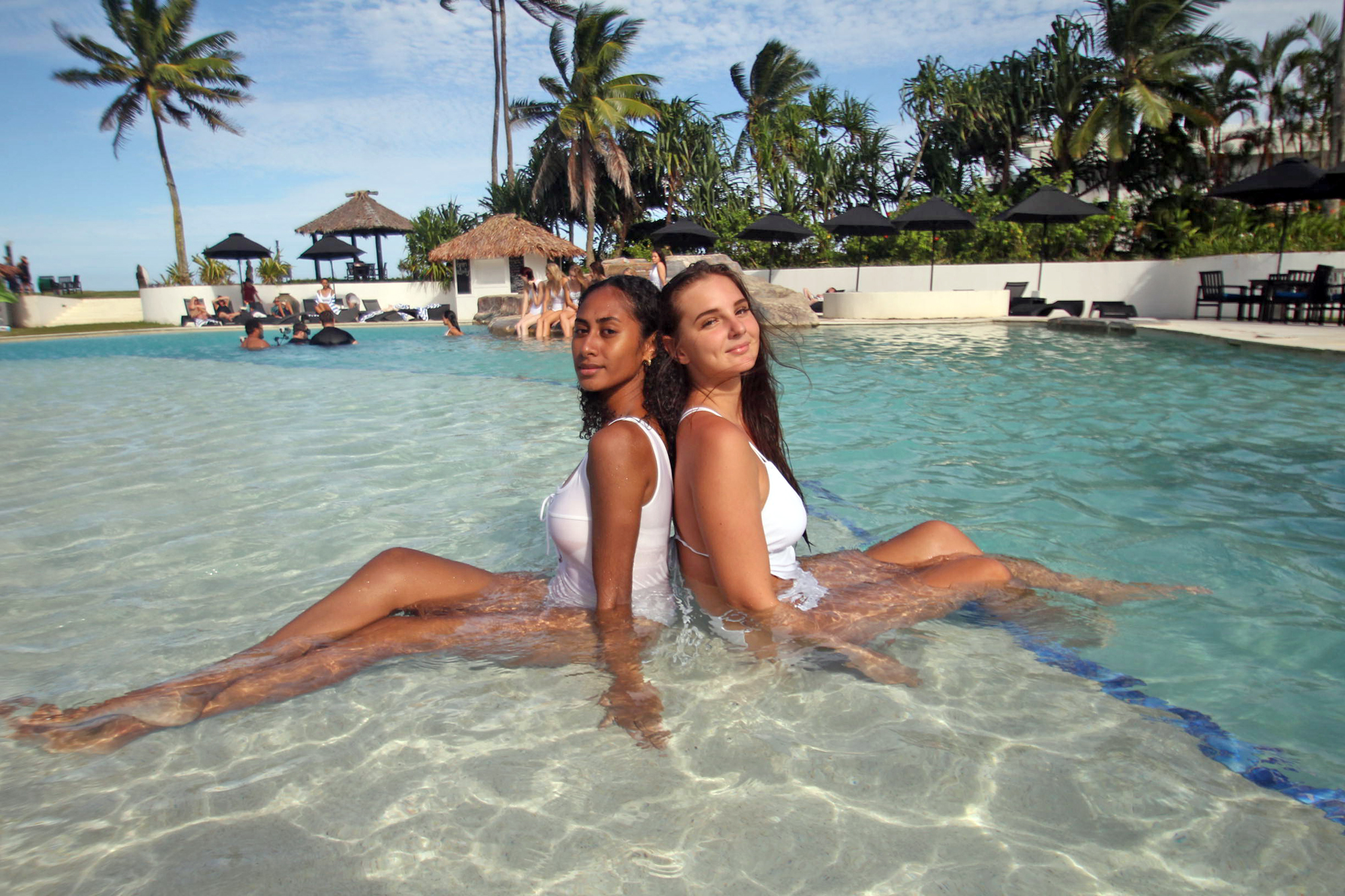 THE TWENTY-four finalists vying for the title of World Supermodel South Pacific 2018 had a underwater and pool photo shoot at the Pearl Resort Fiji in Pacific Harbour earlier today.

The photo shoot was part of the event  in the build up towards the crowing ceremony continues for tomorrow.

Fiji’s representative in the teen category (Teen Supermodel Fiji), 16 year old, Blue De La Mare, said she was excited to be part of the event as this was the first time she was taking part  in a competition of this nature.

The aspiring lawyer said she decided to join the modeling industry  after attending the pageant as an audience four years ago.

“After the show, I went home and told my parents that this is what I really wanted to do. I want to  be there with all those girls and models,” Ms Blue said.

“My dad is my biggest motivator because he has always taught me to work hard for what I want and not to sit back.”

She added that her main advocacy message during the pageant was to inform people that Fiji had a lot of talent and  the country needed to be recognized more on the international stage.

“We have so much talent here. I hope this would open up more doors for the modeling industry in the country,” she said.

Meanwhile,  Fiji’s  representative in the adult category , Kolora Momoedonu (World Supermodel Fiji), said the atmosphere and the environment surrounding the pageant was something new for her and she was excited about competing in the event.

“I feel very proud as I was growing up and seeing all these pageants so it is a surreal experience for me. Other than winning the Miss South Pacific crown, my focus is to improve  my  networking with other people as this would really help improve my skills.”

Her message to young girls who wanted to aspire to become models was that they should go for it and apply when the opportunity presented itself.

She said if she won the pageant and represented the region at the international finals later in the year, she would advocate for the  fashion and the modeling  industry.