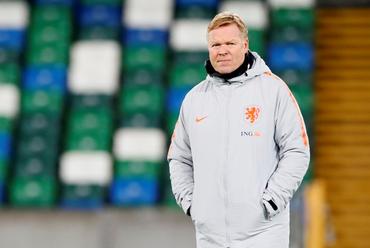 AMSTERDAM (Reuters) – Netherlands coach Ronald Koeman expects international matches scheduled for late May and early June to be scrapped due to the coronavirus outbreak and sees September as a more likely window for fixtures to resume.

With much of Europe on lockdown to try to stem the spread of the coronavirus, the Netherlands’ internationals against the United States and Spain have been cancelled, while the European Championship has been moved to next year.

Koeman said his side’s scheduled matches against Greece (May 28) and Wales (June 6) were also unlikely to take place.

“First the league competitions must resume and then we’ll only know if the internationals will take place,” he told the Netherlands daily Algemeen Dagblad on Tuesday.

“Between June 1-9 there is still a slot on the calendar for international matches but I’m taking it as if those games won’t happen.”

Koeman says he expects the first assignment for almost all national teams in Europe will be the Nations League competition, to be played in September, October and November.

The Dutch are drawn in Group One of the top tier of the competition against Bosnia-Herzegovina, Italy and Poland, who they begin against at home on Sept. 9.