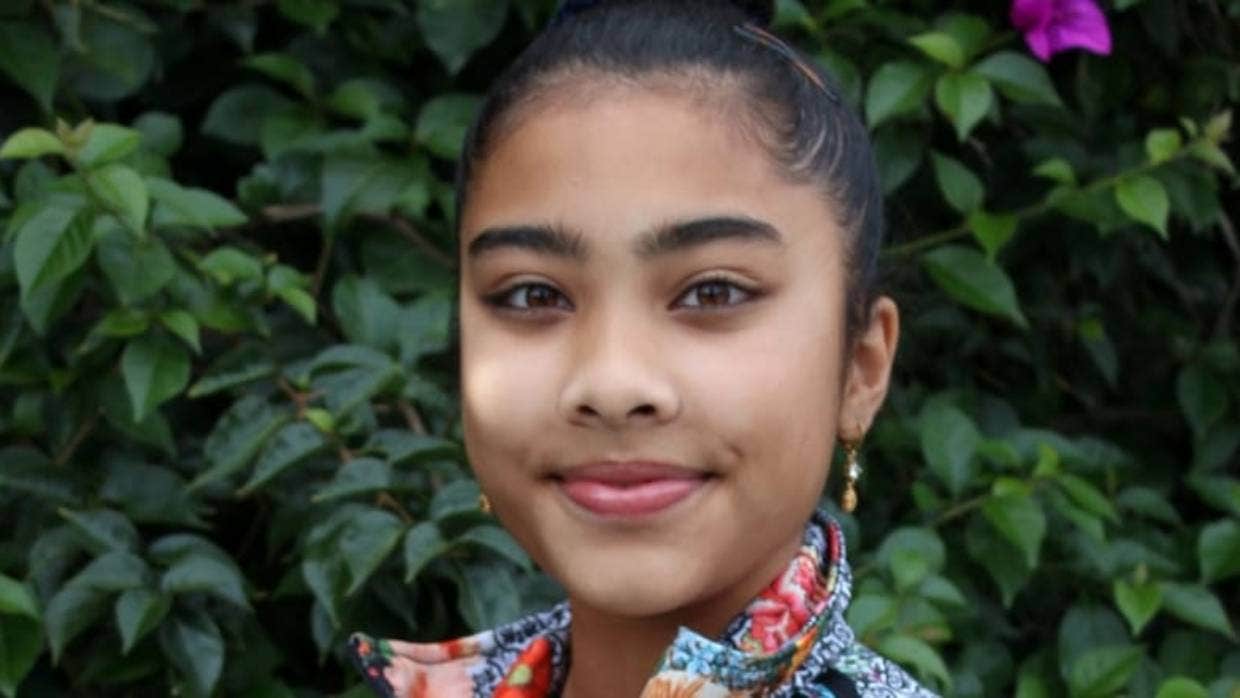 At just 14, Aysha Hussan has already achieved so much, as the New Zealand face on the global Muslim women’s sports powerlist for 2020.

A promising track athlete and netballer, Hussan says she knows it’s “a big achievement” to be on the list with 34 other Muslim women involved in sport around the world.

The teenager sits proudly alongside 400m hurdles Olympic champion American Dalilah Muhammad, and Indonesian climber Aries Susanti, the first woman in the world to climb a speed wall in under seven seconds.

Then there’s Emirati Zahra Lari, the first international figure skater to compete wearing a hijab, and her fellow countrywoman Amna Al Qubaisi, ‘The Flying Girl’, who was the first Middle Eastern woman to test drive in Formula E (that session in Saudi Arabia in 2018 was just months after the country lifted its ban prohibiting all women from driving).

Although she’s yet to rush onto the world athletics stage, Hussan has set herself lofty goals. As well as wanting to be a doctor, it’s her dream to become the first Muslim woman to represent New Zealand at an Olympic Games.

“I want to run the 400m,” says the Year 9 student at Botany Downs Secondary College in Auckland. “I have to work hard and keep on striving, then I can get there one day.”

The people closest to Hussan – her parents and her coach – say the young woman may not yet fully realise the magnitude of being recognised by the international Muslim Women in Sport Network, who are behind the powerlist.

Dr Nida Ahmad, a researcher at the University of Waikato who’s on the global network’s executive committee, says making the list at such a young age is a “huge accomplishment” for Hussan, and should inspire other young girls to also follow their passion.

“I think she is slowly realising what it means to be a young brown Muslim woman in sports and the importance of her visibility to others,” Ahmad says. “There is great power in her visibility.

“She’s going to have an impact on young girls and women when they see someone who looks like them or comes from a similar background and a love for sports.

“Also, for Muslim parents or families who may be hesitant for daughters taking up sport, seeing someone like Aysha may help shift those perceptions.”

Hussan’s Fijian Indian parents, Susan and Immran, say they have always encouraged their athletic daughter to play sport – even if it means she has to wear uniforms with short skirts or shorts, considered immodest in Islam.

“I know she’s a Muslim girl, but I don’t want to restrict her from doing the things she’s good at. Her father and I are both on the same wavelength – she needs to go ahead and live her life and do what she’s enjoying.”

Aysha says she would rather have her arms and legs covered beneath her netball dress – “the dresses are really short” – and wear tights instead of track shorts. But that hasn’t deterred her from competing.