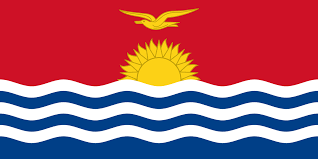 The Kiribati Government has rubbished media reports that it intended to offer its 5460-acre property at Natoavatu, Wailevu, Cakaudrove, to China.

In a statement, President Taneti Maamau said during a recent media conference, he was questioned whether his government planned to sell the parcel of land.

He said his response was misrepresented to imply the government had offered its land in Fiji to another partner.

Mr Maamau said Kiribati, through its high commission in Fiji, had kept the Fijian Government updated on its activities and plans for the land.

He said there were ongoing consultations between Kiribati’s Ministry of Environment and China on possible projects, noting that a strategic plan for the land in Fiji had been developed.

“This and the fact that Kiribati government was seeking technical assistance from China to further improve the plan, including ideas for the actual projects and activities,” he said.

“This is in light of the current agriculture co-operation with China to assist build local capacity in the agricultural sector in Kiribati and which can benefit the development plan for Natoavatu, Fiji.

“The land in Fiji is ideal for future development to address the needs of Kiribati given the suitable soil for agriculture and access to the seafront and ports.

“In this regard, the government considers the development of the land in Fiji as an investment opportunity for the benefit of all I-Kiribati people.”

He explained that a lot had been done in the past four years through surveys to confirm land boundaries, including an agreement with Solomon Islanders residing on a portion of the land “to assist and look after it”.