Kipchoge to attempt sub-two hour marathon in Vienna in October 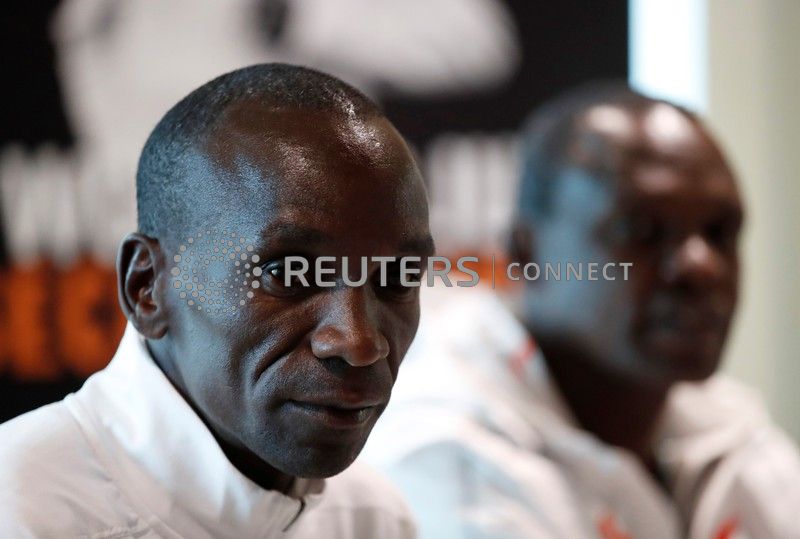 The 2016 Olympics marathon gold medallist lowered the legal world record by an astonishing 78 seconds when posting 2:01.39 in Berlin last September and ran the second-fastest time in history when winning the London marathon in 2:02.37 in April.

The latest attempt to break the two-hour mark, dubbed the ‘INEOS 1:59 Challenge’ is a project backed by Jim Ratcliffe, the billionaire owner of chemical firm INEOS.

“Eliud Kipchoge is the greatest ever marathon runner and the only athlete in the world who has any chance of beating the two-hour time,” Ratcliffe said.

“Nobody’s been able to achieve this. It’s not unlike trying to put a man on the moon. If Eliud runs 1:59 it will be the first time that any human has ever been able to break that barrier.”

A number of venues were considered by INEOS who finally settled on the Austrian city where Kipchoge will run a multi-lap marathon that centres on a 4.3km straight stretch of run inside the Prater Hauptallee.

Vienna was chosen because of favourable weather conditions at the time, the ability to have supporters watching the race unfold and because the city is within a three-hour time difference of Kenya where the 34-year-old trains.

“I’ve been informed Vienna has a fast and flat course, nicely protected by trees,” Kipchoge said.

“The course is as well situated in the heart of this beautiful city which will enable a great number of spectators to be part of this historical event.”

Ratcliffe said they owed it to Kipchoge to find a venue with the ideal conditions to run a sub-two hour marathon.

“We have a responsibility to ensure he is given the best chance,” Ratcliffe added. “After an extensive search of venues fitting Eliud’s criteria, we are delighted to be working with Vienna and hope to see history made in October.”

INEOS also said that they had a reserve window of eight days until Oct. 20 if adverse weather conditions prevented Kipchoge from running on Oct. 12.