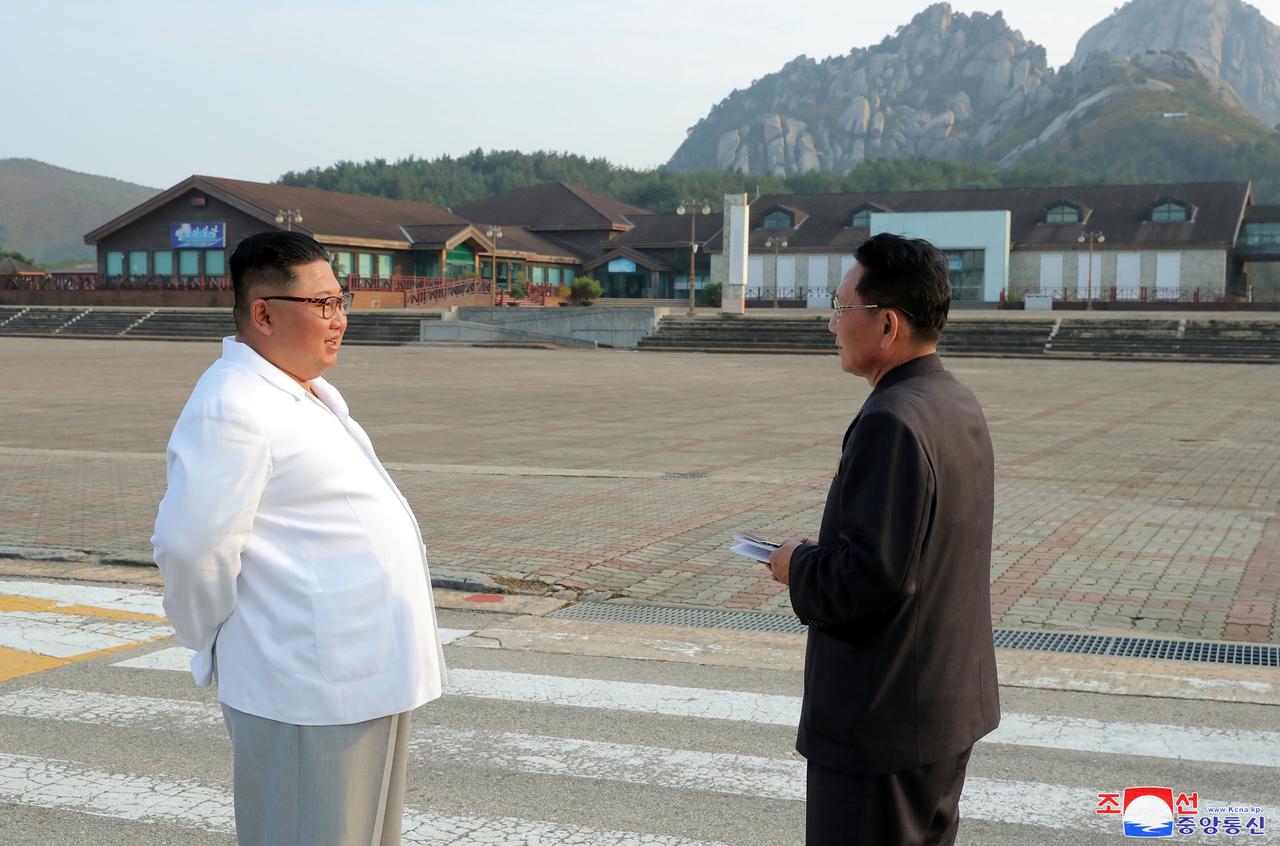 Mt Kumgang, along with the Kaesong industrial zone, has been one of two major inter-Korean economic projects and symbol of cooperation between the two Koreas.

Kim, while inspecting the tourist spot on the east coast of North Korea, said it was a “mistaken idea” for Mt Kumgang to be viewed as a symbol of North-South relations, underscoring that it is North Korean soil, and tourism there must not be under the control of South Korea.

“We will always welcome our compatriots from the south if they want to come to Mt Kumgang after it is wonderfully built as the world-level tourist destination,” Kim added.

South Koreans were allowed to visit Mt Kumgang starting in 1998 by sea and from 2003 by land, with South Korean firms such as Hyundai Asan Corp investing in the tourist resort.

However, South Korea suspended tours to Mt Kumgang in 2008 after a North Korean soldier shot dead a South Korean tourist who had wandered unknowingly into a military area.

South Korea-funded facilities have remained there since then but tours from the South have not resumed amid international sanctions trying to force North Korea to give up its nuclear weapons programmes.

Kim criticized the “mistaken policy of the predecessors” who were dependent on others to develop the tourist spot, and said Mt Kumgang must be taken care of as part of a larger tourist area that encompasses the mountain and the Wonsan-Kalma coastal tourist area, KCNA said.

Wonsan-Kalma is a major development project pushed ahead by Kim after he came to power.