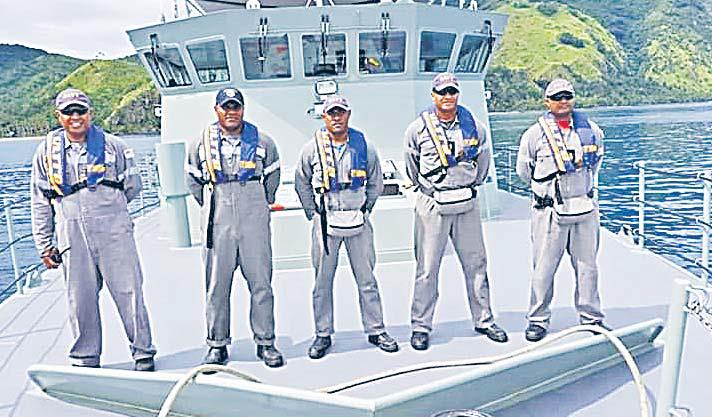 RETURNING to Fiji from Australia after its repair and upgrade works, the Republic of Fiji Navy Ship (RFNS) Kikau has had a successful few months in patrol operations.

The Republic of the Fiji Navy has had successful interaction with its counterparts this year on enforcement and maritime security.

According to the Republic of the Fiji Navy social media page on Facebook, the RFNS Kikau conducted training on small arms and safety drills on board to ensure that skills and knowledge remain current.

The RFNS also conducted an exercise with the French Naval vessel La Gloriesse which visited our shore last week.

Maritime surveillance and at sea detection and boarding was critical in ensuring secure and safer seas and protection of Fiji’s maritime resources.

This also followed a successful interaction with the US Coast Guard cutter Murno earlier this month during its courtesy visit on enforcement and protection of Fiji’s maritime resources from illegal fishing vessels.