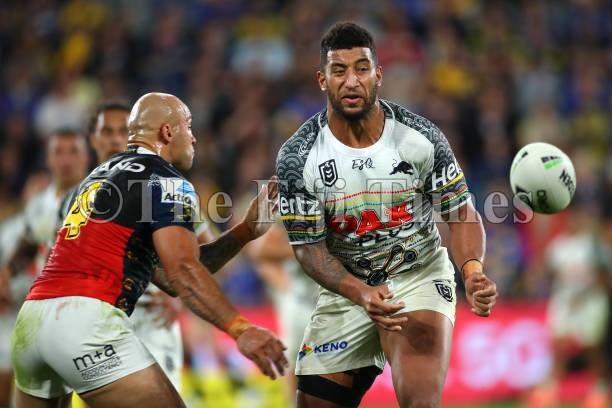 VODAFONE Fiji Bati back rower and Penrith Panthers rep, Viliame Kikau is a Fiji Sportsman of the Year nominee for the awards in Suva tonight.

“Viliame has shown himself to be an exemplary Fijian rugby league player and leader as a male athlete,” Natabe said.

“He has made a name for himself through a sport he loves to play. In recognising his progressive career, FNRL has nominated him for the Sportsman of the Year award.

“He is an all-rounder, humble and unsurprisingly an obedient Fiji Bati.

He played in the Vodafone Trophy when he schooled at Marist Brothers High School and progressed through the player development system that accelerated his career to playing in the NRL.”

He also mentioned that Kikau has shown a lot of good attitude and discipline on and off the field.

“Rugby has become a difficult sport to play particular in Australia where there are zero tolerance rules for off-field misconduct.

“This has made NRL players role models in society and Bill in particular has maintained this. Bill has had a clean slate in the 2019 NRL season and is being nurtured to undertake more roles.

“Kikau is regarded as one of the powerhouses locally and internationally. He has outgrown his age considering that some players his age are still trying really hard to make a break into limelight and be a household name to be recognised.”

His career as a professional athlete is based on family values that has driven him to be what he is now and that is being the best at what he does best, playing rugby league.