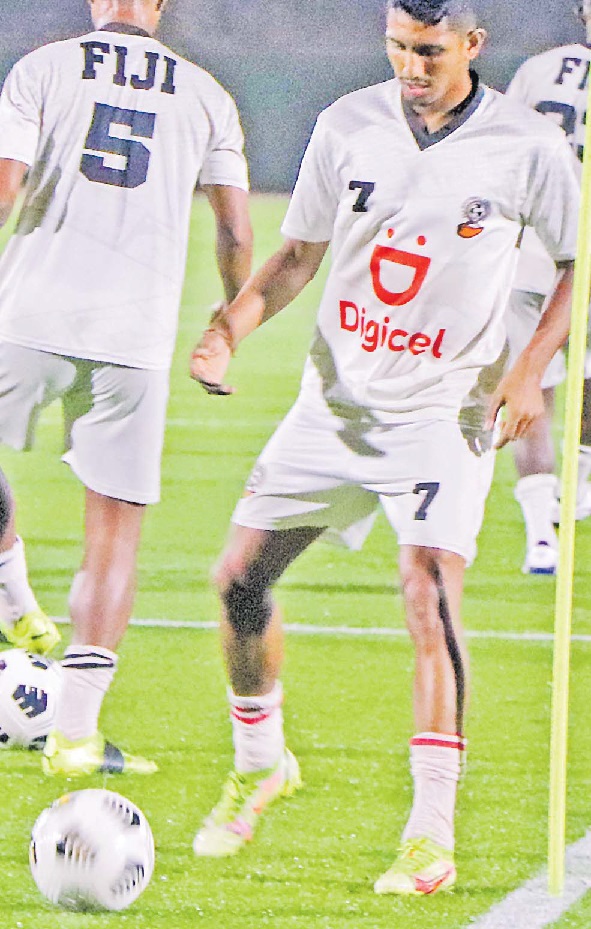 Digicel Bula Boys utility player Anish Khem has been ruled out of Fiji’s first match of the 2022 FIFA World Cup Oceania Qualifiers in Qatar against New Caledonia this Saturday.

Team manager Anushil Kumar has confirmed an ankle injury has ruled Khem out for at least the next 10 days.

“Anish got injured in training. We had an X-ray done on him and the medical team has confirmed he won’t be able to feature in our first game,” he said.

The injury also leaves Khem out from the second game against New Zealand on March 22 and it will be left to be seen if he recovers in time for the final pool match against Papua New Guinea on March 25.

The Vunimono Arya Primary School teacher featured for Fiji at the 2016 Rio Olympics in Brazil and also played for Fiji against Malaysia in an international friendly in the same year.

Meanwhile, a cloud of doubt surrounds the availability of national captain Roy Krishna featuring in the first game on Saturday.

Krishna featured for his ATK Mohun Bagan side in the Indian Super League second leg semi-final this morning.

If Krishna is able to join the national squad in time, he may attend only a light training session before Fiji’s first game.

“I am still trying my best to get Krishna here (in Qatar) on time. It is still a 50/50 chance of whether he will feature in the first match or no,” Kumar added.