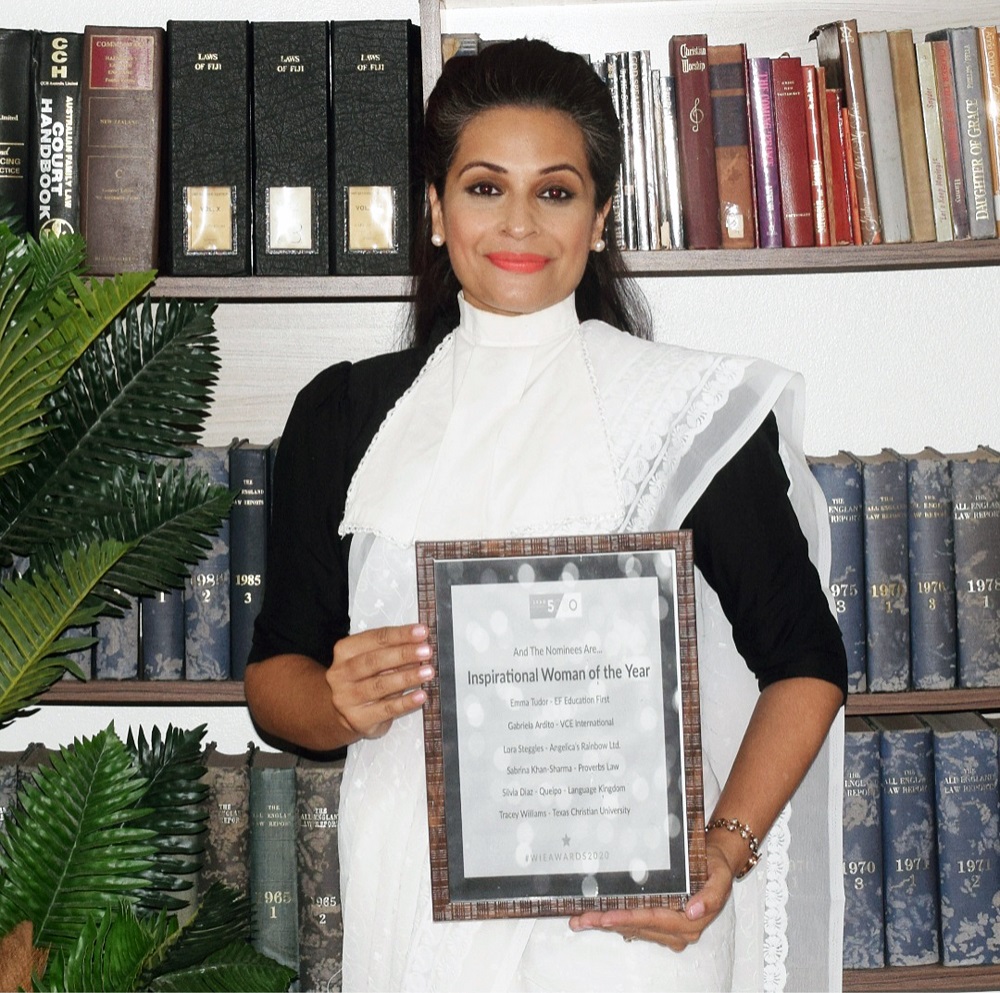 Domestic violence survivor and Fijian human rights champion Sabrina Khan-Sharma has been nominated for the United Kingdom’s Inspirational Woman of the Year 2020 award.

Having endured a difficult childhood of rape and domestic violence, in her adult years, the Nadi-based human rights lawyer has become a champion for change and advocacy for women in domestic violence situations by running awareness and peace campaigns and projects across Fiji.

Her dedication has made her the only woman from the South Pacific to have been nominated in Britain’s Internationally recognised Leadership Awards by the Lead5050 organisation.

Ms Khan-Sharma’s human rights efforts have taken her to an international platform where she is recognised by leaders in numerous participating countries including the US, Canada, Europe and more. Lead5050 is an organisation based in the UK which recognises women excelling in leadership, inspiration and philanthropy around the globe.

They were drawn to Ms Khan-Sharma for her ardent efforts in and around Fiji for community empowerment and her advocacy in human rights.

Ms Khan-Sharma made headlines three years ago when she bravely faced a man attacking a woman at the back of an alley in Lautoka in the presence of numerous witnesses.

She managed to bring the woman to safety with the news reaching beyond Fijian shores.

The outspoken human rights advocate continued to thank God for his renewed mercies each day and for being faithful through every challenge human beings faced in life.

The awards will take place at an online event towards the end of October and Ms Khan-Sharma is one of six contestants nominated for the award.