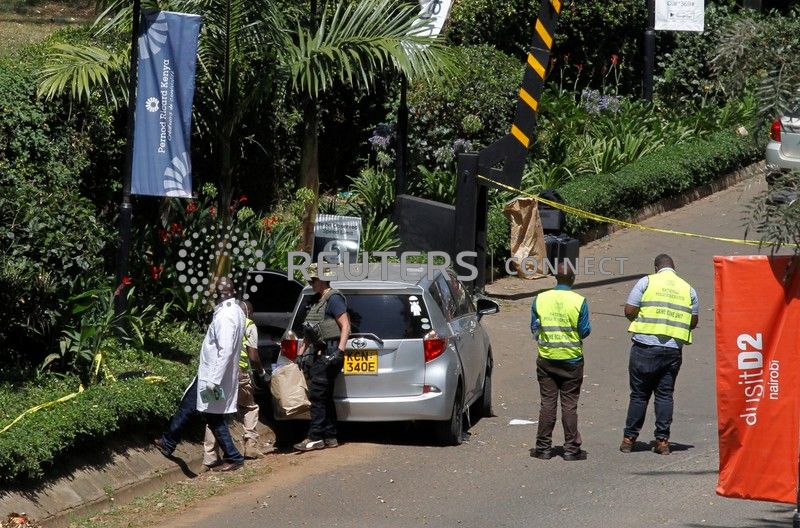 Kenyan policemen and explosives experts gather evidence from the car suspected to have been used by the attackers outside the scene where explosions and gunshots were heard at The DusitD2 complex, in Nairobi, Kenya January 17, 2019. REUTERS/Njeri Mwangi

NAIROBI (Reuters) – The Kenya Red Cross said on Thursday that all people missing after an attack on a Nairobi hotel complex had now been accounted for.

“All the 94 tracing cases have been closed positively as of today 1230hrs,” it said in a statement.

Tuesday’s attack by Somali militants killed 21 people at the 14 Riverside Drive hotel and office complex in the Kenyan capital.