Kean calls on religious bodies to assist in rehabilitation of inmates 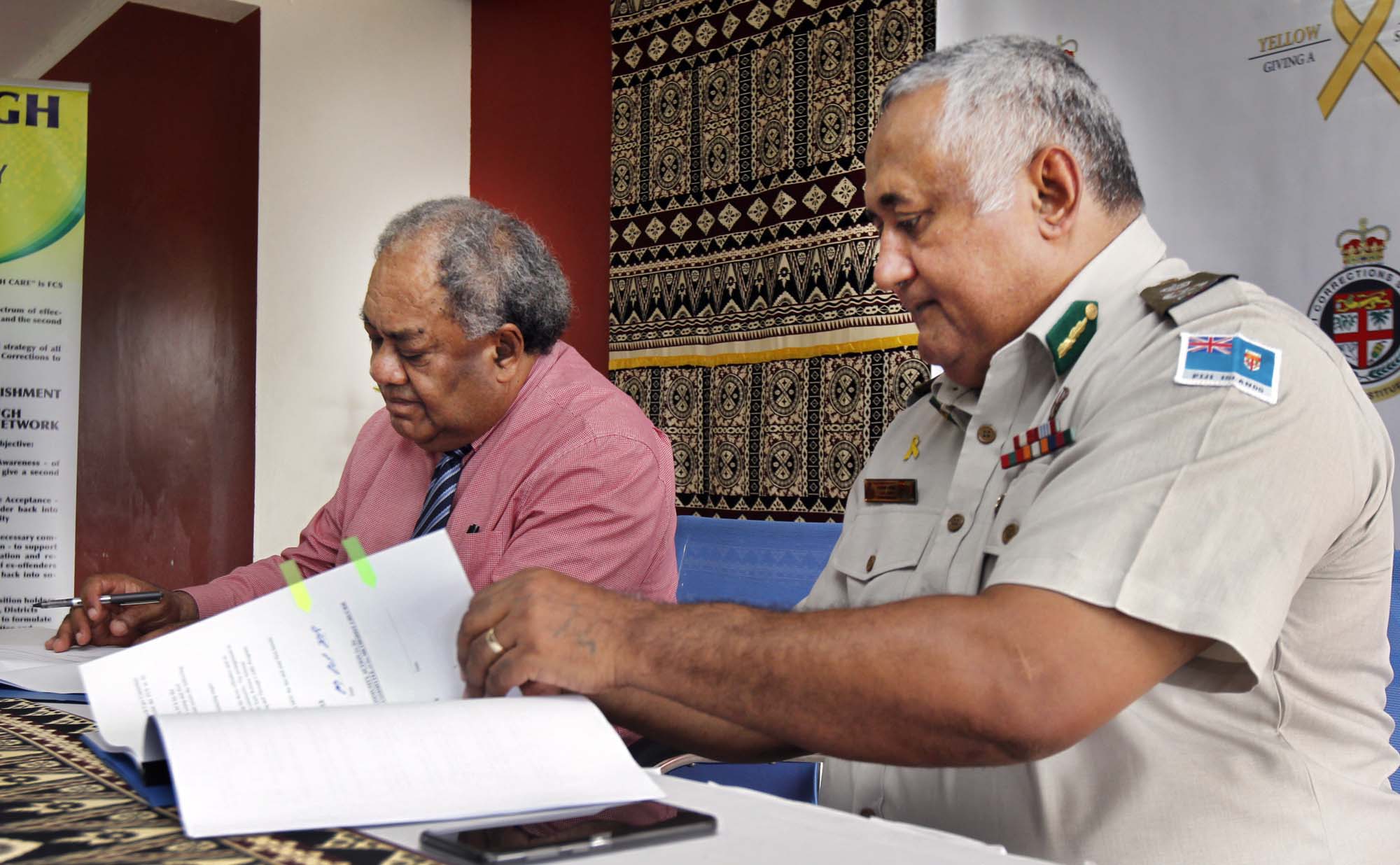 Commissioner of Corrections Commander Francis Kean (right) and President of the Methodist Church in Fiji, Reverend Epineri Vakadewavosa at a recent official event on the signing of an MoU to improve the effectiveness of rehabilitation of ex-offenders who are members of the Methodist Church. Picture: FT FILE/ATU RASEA

FIJI Corrections Services Commissioner Commander Francis Kean has called on religious bodies across the country to assist with the rehabilitation of prisoners under their care.

The call came after FCS signed an agreement with the Methodist Church of Fiji in Suva on Friday.

Cdr Kean said they were going to welcome any religious organisation that was willing to render its support in restoring the spiritual lives of inmates.

With the Methodist Church on board, he said this provided them the strategic reach to all the communities in Fiji where the churches leaders could share the gospel of rehabilitation to those that had fallen on the wrong side of the law.

Methodist Church of Fiji president Reverend Epineri Vakadewavosa said they had machineries spread out in all the 58 divisions of the church across Fiji that would be used for the rehabilitation of prisoners.

He said more than 1000 prisoners in correction complexes across Fiji were members of the church.

Salvation Army court and correction officer Captain Vilikesa Bogi said for one to talk about rehab meant that change should start from within and this was where religious leaders role came in.

“When serving prisoners, we need to look at three things, the inmates themselves, the complainant and third one is always behind the curtains which is their families,” Mr Bogi said.

Assemblies of God Church Pastor Rusiate Tabutabu said to assist prisoners was in line with Christian values as stated in the Bible.

“Though they may be incarcerated for various reasons, we believe the gospel has the power to set them free,” he added.

The CARE Network aims to improve the effectiveness of rehabilitation of ex-offenders who are members of the Methodist Church and develop initiatives for ex-offenders.