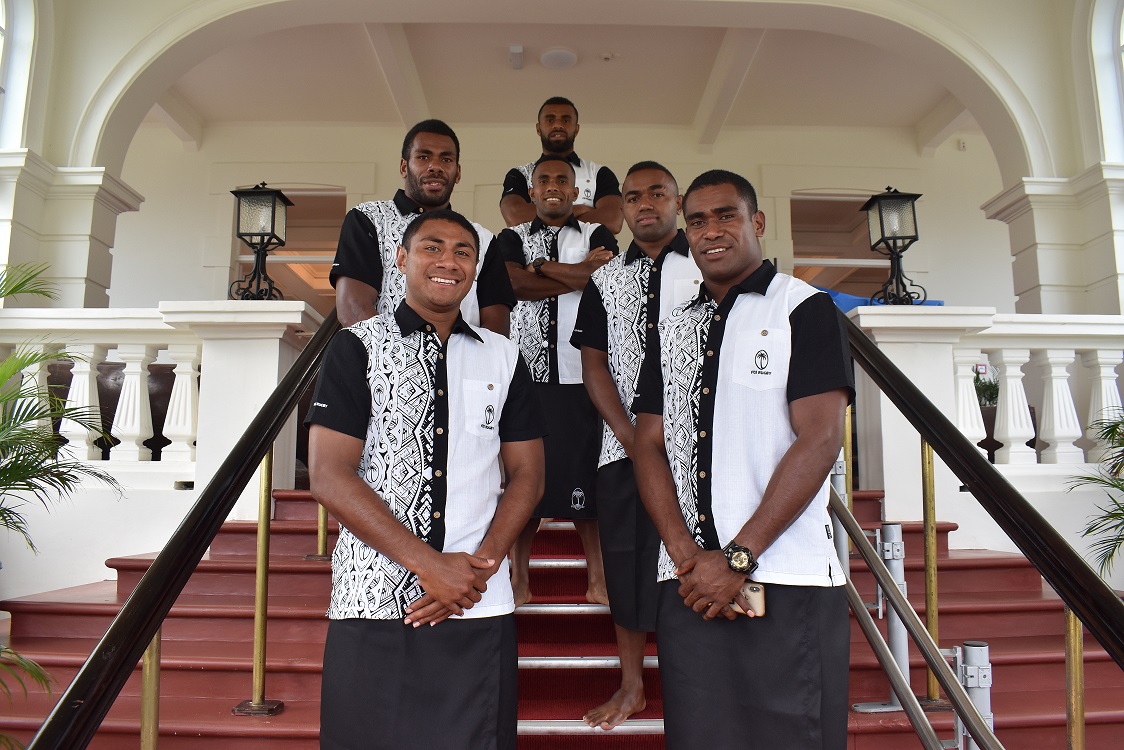 ANOTHER inclusion into the Fiji 7s team is the youngest of the Tabu brothers, Kavekini Tabu who will be joining his big brothers Sevuloni Mocenacagi and Isoa Tabu in the Octoberfest rugby 7s tournament in Germany next weekend.

The trio, Sevuloni, Isoa and the latest inclusion Kavekini are part of the 31-member Fiji 7s team that presented its itatau to the President Jioji Konrote yesterday at the State House in Suva.

Coach Gareth Baber said the Tabu brothers proved themselves in local rugby competitions and are eligible for selection into the national squad.

“I’ve known Sevu for a while and Isoa playing in the Yamacia and again Kave who plays for the Yamacia as well and again they’re robust individuals, no nonsense when they come on the field and they got great work ethics as well,” said Baber.

“I hope they don’t see themselves only as a group of brothers but they are actually part of a team who has the ability to make the final cut to the World Sevens Series.”

The Fiji Airways Fijian 7s team leaves for Germany tomorrow with competition commencing on the 22nd and 23rd in Munich.