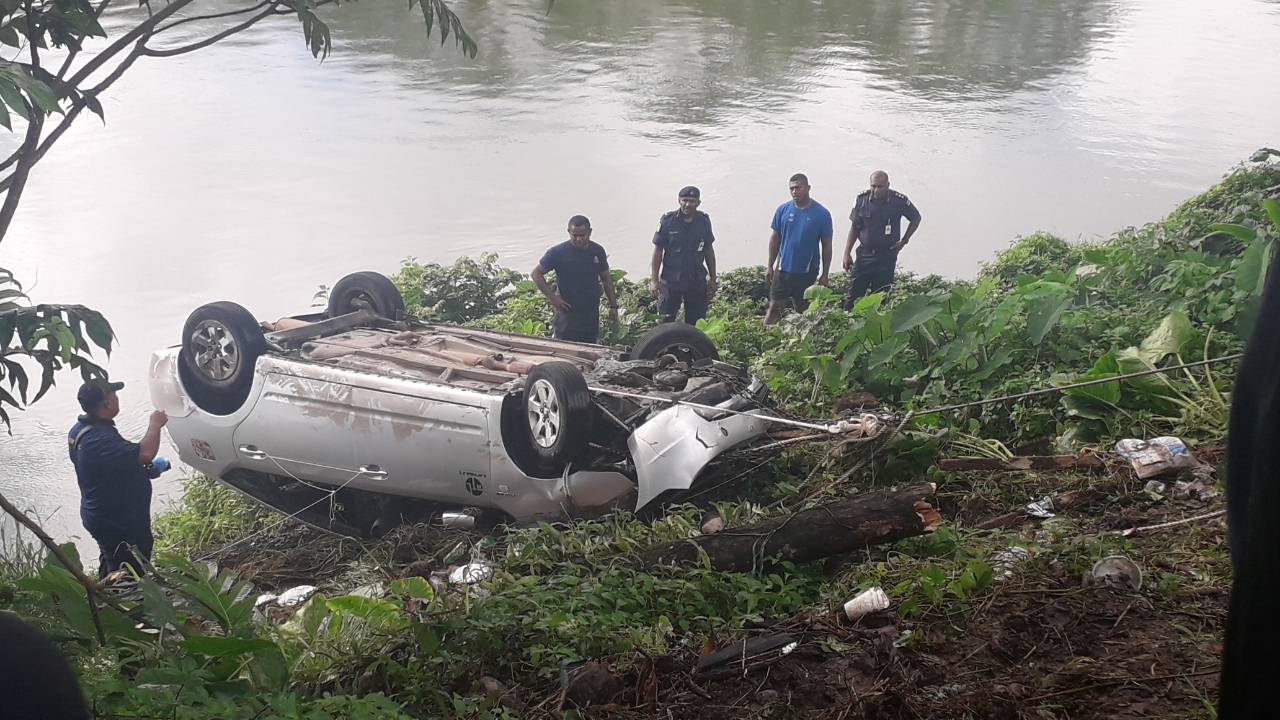 The vehicle that veered off the road at Kasavu outside Nausori and plunged into the Rewa River. Picture: LUKE NACEI

POST mortem examination has confirmed that the second victim who was involved in a car accident in Kasavu last Tuesday drowned causing his death.

Monish Sami, 21, and Kaushal Singh, 25 were travelling from Baulevu to Nausori when the incident occurred.

Singh was a passenger in the vehicle driven by Sami, which veered off Kasavu Rd in Nausori and landed into the Rewa River last Tuesday morning.

Police spokesperson Ana Naisoro said investigations to ascertain the cause of the accident continued.