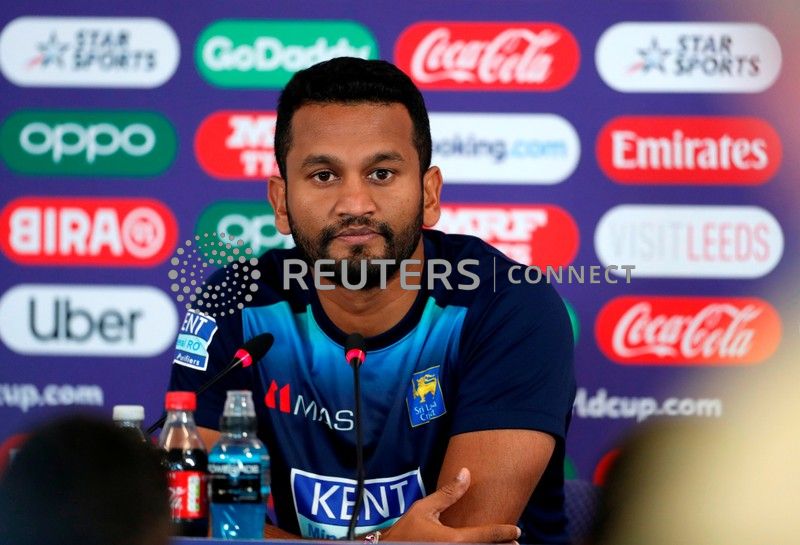 The 1996 world champions, who reached the final in 2007 and 2011, remain in a seemingly endless transition period since stalwarts Mahela Jayawardene and Kumar Sangakkara quit international cricket in 2015.

Karunaratne’s men are out of the semi-finals race after managing only three wins in their eight group matches and finish another disappointing campaign against neighbours India on Saturday.

“If you take other countries, they play a lot of cricket,” Karunaratne told reporters at Headingley on Friday.

“In India, they play IPL and their domestic structure is really, really good.

“In Sri Lanka we have one domestic season. The players have only one chance to showcase their talent and we have to identify players only from that. That’s the reason,” he said.

Karunaratne was put in charge of the team in April after Lasith Malinga, Angelo Mathews, Dinesh Chandimal and Thisara Perera all had spells as captain.

The desperation also drove the selectors to frequently chop and change the squad.

Karunaratne blamed it on the young players’ struggle to adjust to the demands of international cricket.

“When they come to the international level, there’s a huge gap. We have to close that gap,” he said, adding that the way forward was to allow players to gain experience in leagues in India, Australia and England.

“We have to play a lot of cricket and give chance to the players to play in IPL, Big Bash or county cricket. We have to give them permission to play in overseas tournament to gain experience and come back,” he said.

“Those are the things I’m expecting from the cricket board after this World Cup. I hope they will take a good decision and put up a strong domestic structure to help produce some good players for the future.”