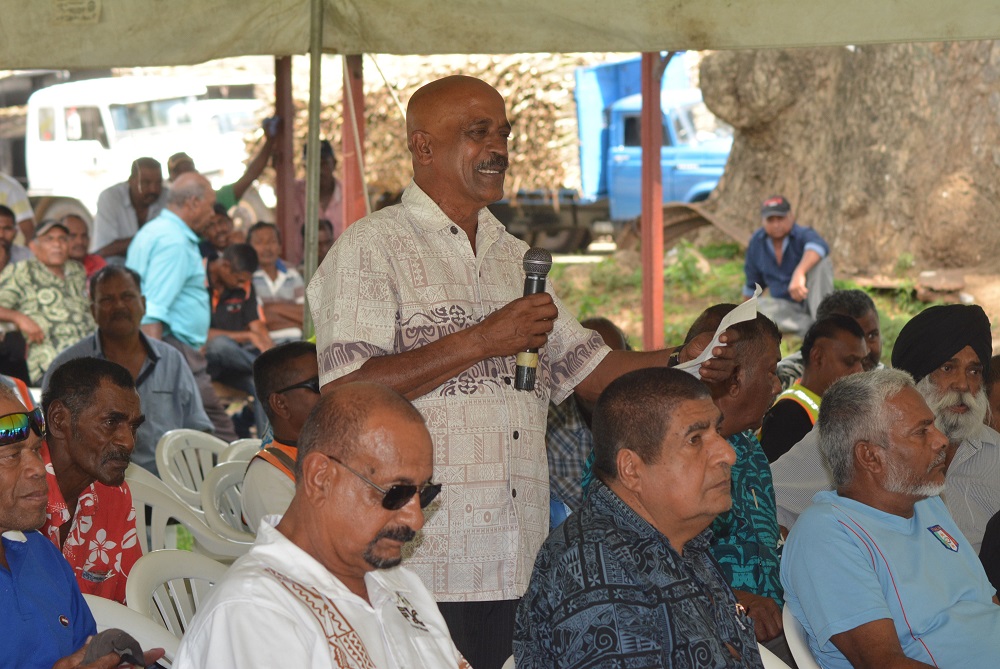 SUGAR Ministry permanent secretary Yogesh Karan said he organised a meeting with cane farmers and lorry operators yesterday because of the number of complaints received about being ignored and sworn at by industry stakeholders.

While speaking to about 200 growers, lorry operators and Fiji Sugar Corporation staff members at the Rarawai mill in Ba, he said he wanted every stakeholder to understand how important farmers were and that they had to be treated with respect.

“The reason I asked for this meeting was because of the complaints that have been raised at my office and the Office of the Prime Minister and Minister for Sugar,” Mr Karan said.

“I have received a lot of complaints from farmers and truck drivers where they have been sworn at, they have been mistreated, people have been rude to them when they wanted answers, their calls have not been taken or returned.

“When they get very frustrated then they start calling me.

“Of course you should do that because the primary role of the Ministry of Sugar Industry is to assist you.

“But when mechanisms that are laid to assist you fail, then calls start coming to me and that should not happen.”

Growers and lorry operators at the forum vented their frustration and said the Rarawai mill had not operated as promised in the five weeks it had been open.

Mr Karan said immediately after the consultation, a meeting of industry stakeholders and FSC senior management would be convened to ensure that all the issues raised were addressed with urgency.

Rarawai mill manager Taito Kafoa said issues with the boiler and water pumps were being addressed.