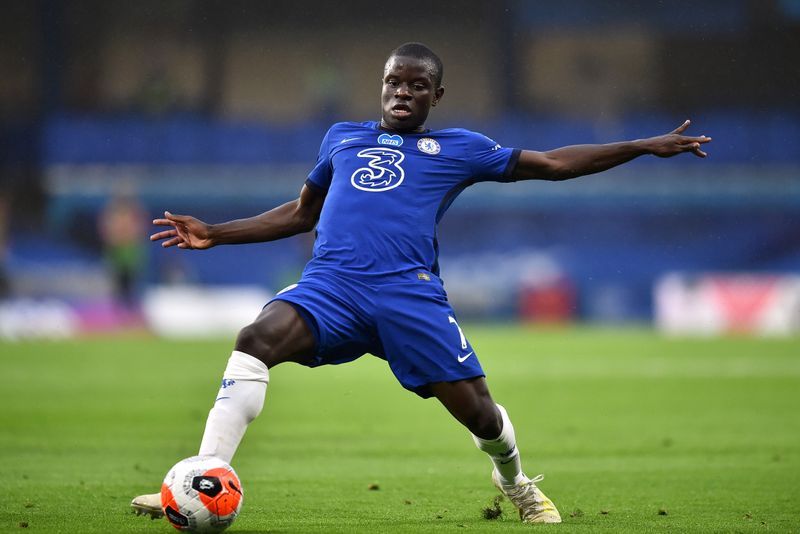 LONDON (Reuters) – A hamstring injury for N’Golo Kante took some of the gloss off Chelsea’s impressive 3-0 win over Watford on Saturday.

Kante picked up the injury in the second half at Stamford Bridge — a potential blow in Chelsea’s battle to seal a top-four finish in the Premier League.

The fixtures are coming thick and fast for Chelsea with Crystal Palace, Sheffield United and Norwich City in their next three league fixtures before Manchester United in the FA Cup.

“He’s got a small hamstring injury so we will see how that goes,” Chelsea manager Frank Lampard said of the French midfielder.

“Hopefully it is not too bad but it comes with the territory of this tight restart and tight run of games.

“A lack of pre-season and we have to rely on the squad. There will be players that come in and can perform for us as well. But it is the same for everybody.”

After a 3-2 defeat at West Ham United in midweek, Lampard praised the way his team responded with goals from Olivier Giroud, Willian and Ross Barkley sealing the points.

“Today, there was a bit of pressure to get back to fourth and we produced, so get used to that pressure — whatever way it looks — because it’s going to be tough all the way through,” Lampard said.