Kanaks urged by West Papuan body to vote for independence 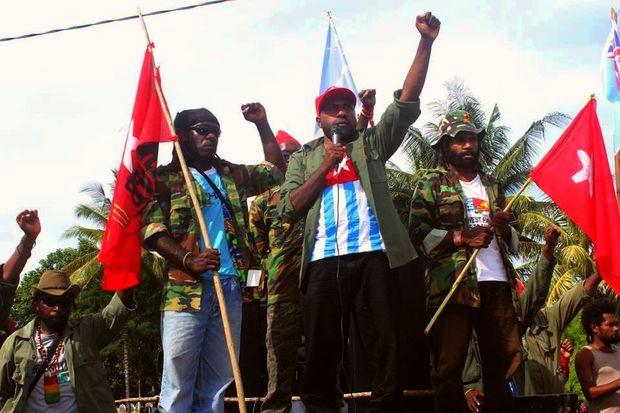 In November, New Caledonia is to hold a referendum on possible independence from France.

The Committee, a pro-independence organisation based in Indonesia’s Papua region, said Kanaks should reject all French propaganda to maintain the territory’s status quo.

Its chairman, Victor Yeimo, claimed it was important that the Kanaks took up the opportunity of decolonisation which he said West Papuans had been denied.

Yeimo credited France with allowing a referendum to go ahead, pointing out that it stood in direct contrast to the situation in Indonesian-ruled Papua region.

“Democratically, it was good of France to realise that they give the space for the people of Kanaky to choose what they want for their future,” he said.

“But in Indonesia, we can’t do that, because Indonesian colonialism is not like European colonialism, like they didn’t know about democracy.”

Yeimo said West Papuans were an example of the disastrous consequences of colonial manipulation. He cited the lack of participation by Papuans in the 1962 agreement between Netherlands and Indonesia which led to the former Dutch new Guinea being taken over by Indonesia.

“We are victims of a failed decolonisation process,” Yeimo said, adding that no matter how difficult, independence was better than being colonised.

“France should… know about the spirit of decolonisation. They have to give the opportunity for the Kanak people to develop their country by themselves.

“If they can give them feedom, it means the process of decolonisation is final. The referendum is not final if people, under the French provocation, still choose to stay with France, it doesn’t mean that it’s final.”

New Caledonia’s independence referendum will be held on 4 November, with voters to be given the choice of remaining a part of France or becoming an independent country.