Kaepernick ready to play for any team after tryout 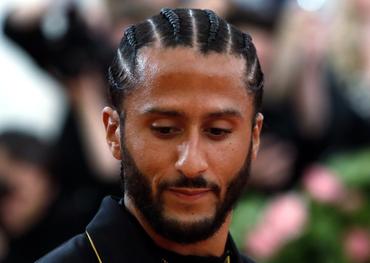 (Reuters) – A spirited Colin Kaepernick said he was ready to play anywhere in the National Football League after a long awaited tryout at an Atlanta area high school on Saturday.

“I’ve been ready for three years. I’ve been denied for three years,” said the former San Francisco 49ers quarterback who made headlines by kneeling at games during the U.S. anthem to protest against racial injustice.

He has said teams would not sign him because they wanted to distance themselves from the protests, which U.S. President Donald Trump criticized as unpatriotic and disrespectful.

The NFL had arranged the tryout at the Atlanta Falcons training facility, but at the last minute the quarterback’s representatives moved the workout to a high school stadium.

Kaepernick said it was done so media could be present.

Live stream video showed Kaepernick making a variety of throws to a group of receivers to applause from on-lookers.

His arm talent remains “elite” and is the same as when he came out of college, ESPN reported an NFL executive commenting after the workout, adding Kaepernick threw the ball well.

Online viewers also said he has a future in the NFL.

“He still has lower third to mid tier starter ability,” said one viewer on Twitter. “If media circle didn’t follow, someone would have him as a backup at minimum already.”

Another said, “So far, Kaepernick looks like Kaepernick. Outstanding velocity, everything on a rope, can make any throw. Questions teams will have about different arcs and speeds, performance when hurried, and progression-reading — the questions I’d have – can’t really be answered here.”