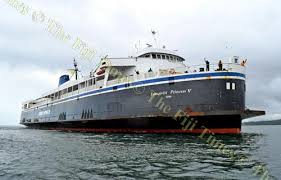 OFFICIALS and students of Kadavu Provincial Secondary School have been left distraught after waiting a whole night and missing their transport to Suva to be part of the 2019 Coca-Cola Games.

A team of five officials and 15 athletes representing the school along with other passengers waited for the Lomaiviti Princess which was to arrive there on Wednesday night to pick up passengers at Kavala Jetty to make their journey to Suva, but it did not arrive.

“We were at the school from last night (Wednesday) and were told that boat would arrive at 9pm when it finished loading and unloading at Vunisea,” a team official said.

“We were then told that the boat had been delayed and it would come in the morning.”

The official said at 8am, they had received news that the Lomaiviti Princess would not go to Kavala but return to Suva from Vunisea.

“It has affected us as our only opportunity for our students to familiarise themselves with the tracks at the ANZ Stadium would have been today and tomorrow.

“Missing the trip today means we will catch the next boat on Saturday and by the time we reach Suva, it will be nightfall and unable to use the ANZ Stadium until the games begin.”

The official said the mishap had greatly affected the athletes’ preparations and had left many of them upset but they were doing all they could to console them.

“It is a sad start for our athletes but we will not let it deter us from participating next week despite not being able to prepare at the ANZ Stadium.”

Other passengers waiting for transportation to Suva at the jetties in Kavala and Solotavui were also left stranded.