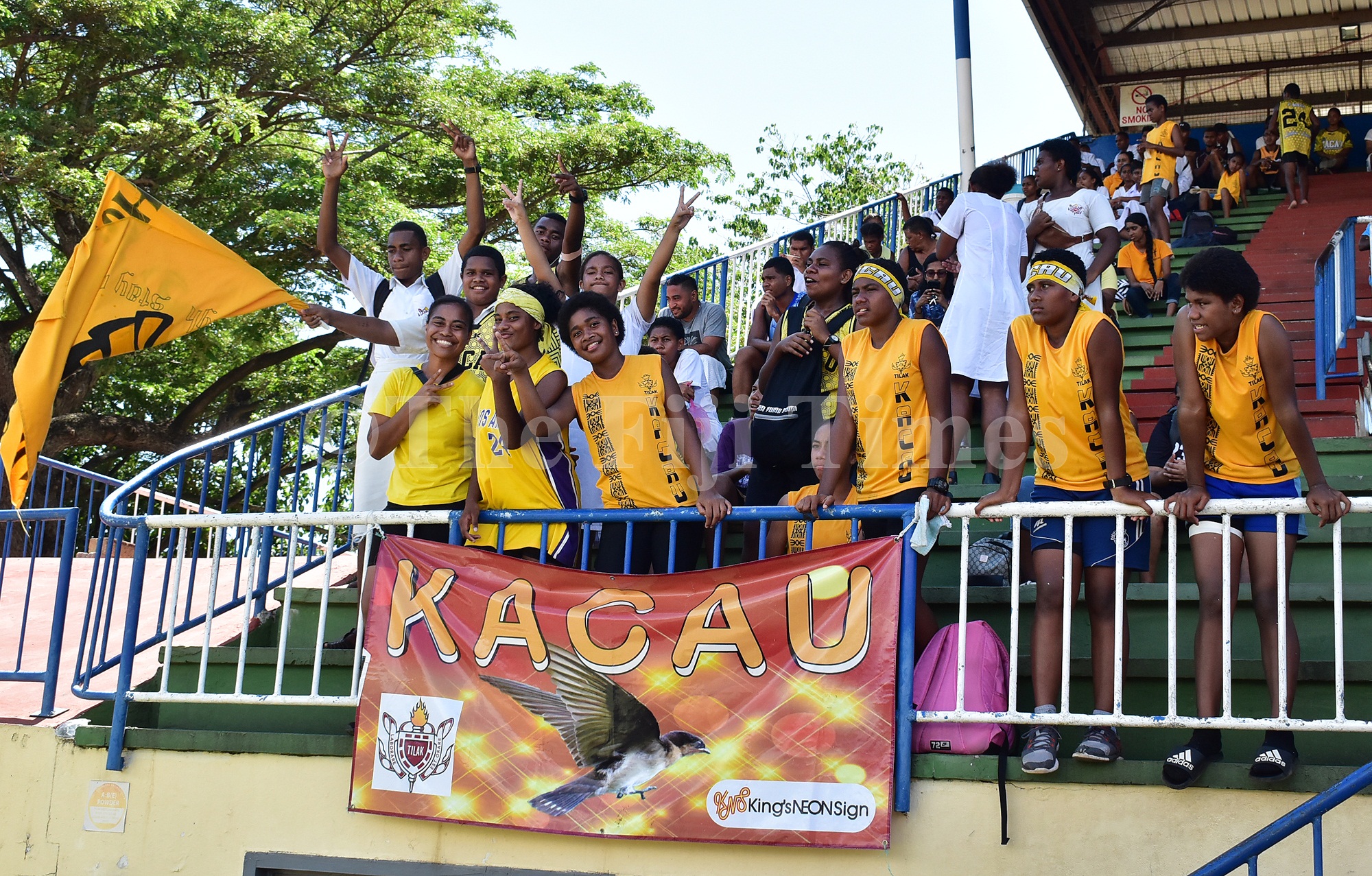 KACAU house successfully retained its title as the overall champions of the 2020 Tilak High School’s inter-house competition which concluded at Churchill Park on Wednesday.

Winter Underwood of Vokai house took out the best female athlete award; she was victorious in the blue ribbon event, 400m and was an instrumental member of the 4x400m relay team while the best male athlete award was won by Tilak High School’s sprint king Aminiasi Tikiko of Kacau house.

Both athletes will be leading contenders for medals at the Lautoka / Yasawa zone meet. The best cheering house team award was won by Mam house, Vokai house was judged the best dressed house team and Kacau house scooped the best disciplined house team.

“Every child’s dream is to participate in the Coca-Cola Games and as a responsible school it is our duty to expose them,” said Vinod Charan the principal of Tilak High School.

“The inter-house competition is a stepping stone to the zone meet and I do not want to deprive my students of that dream.

“There is an abundance of talent at Tilak High School however they need exposure so we are trying to offer them equal opportunities and we will try our level best to send a strong contingent to the zone meet and ultimately qualify for the Coca-Cola Games.”

A couple of talents discovered at the meet include Year 12 student Joseph Atalifo, who blitzed the tracks in the sprint events clocking 10.84 seconds in the 100m and 23.56 seconds in the 200m. The Waiyavi Stage 5 lad is the eldest sibling of the Atalifos and competes in the intermediate grade. Riya Ram is another talent who with proper guidance is assured to be a star on the tracks. Her exploits in the sprints events eventually led her to be drafted in the school’s elite squad. “I am looking forward to the zone meet and I love to run,” the Year 9 lass from Saru on the outskirts of Lautoka said. The highlight of the event was the 8x50m dash competed for by the respective house teachers. Four houses namely Kacau, Mam, Kulawai and Vokai competed for two consecutive days.