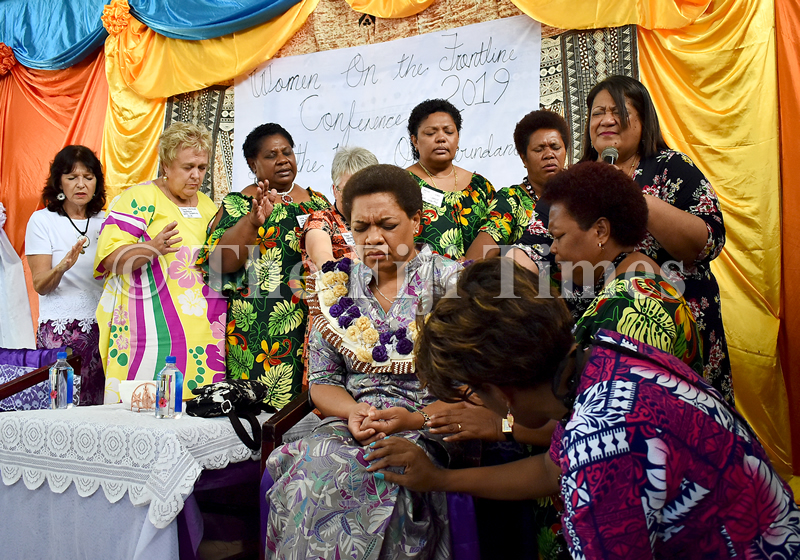 Participants at the Women on the Frontline Fiji Conference pray over Minister for Women, Children and Poverty Alleviation Conference in Lautoka. Picture: BALJEET SINGH

JUST saying violence against women and girls is “wrong” and “illegal” is not enough, says Minister for Women, Children and Poverty Alleviation Mereseini Vuniwaqa.

She said religious and community leaders needed to take a more proactive role and address the domestic violence issue head-on.

“We have really reached a stage where I think everybody needs to do what they can as organisations and groups to impact more mindsets,” she said.


“One of them is religious bodies and I am also talking about community leaders.

“No matter what community you come from, if you are a community leader you have the power and the privilege to talk to your community.

“More people in positions of power and privilege in our country need to speak up about domestic violence in this country if we are to change the statistics.