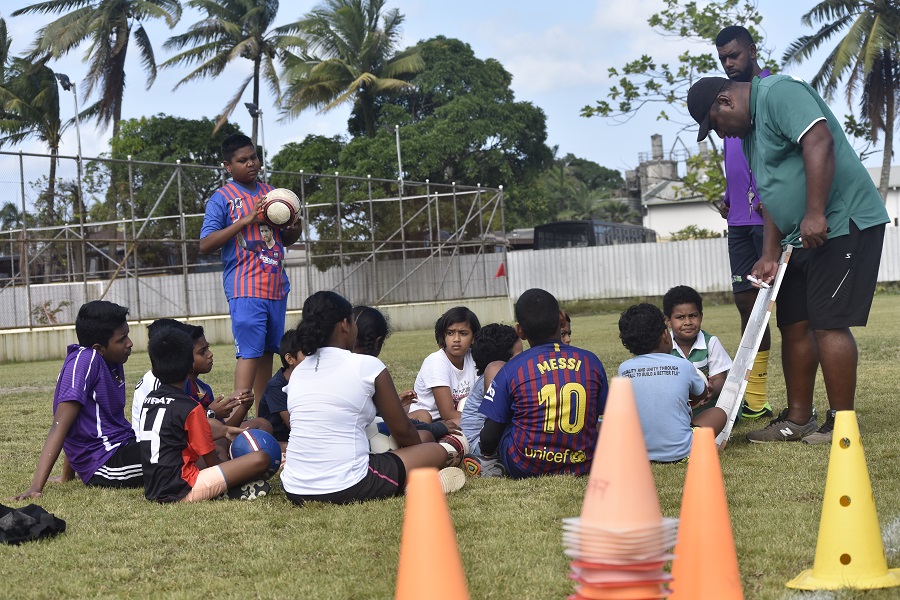 The Fiji Football Association Just Play Program is gaining popularity as the number of participants has hiked up in the past few weeks.

The Just Play Program started in 2010 however, it was last year when the Fiji Football Association appointed eight full time staff towards the program.

Fiji FA chief executive office Mohammed Yusuf said it was good to see the growth in the number of participants.

More than eighty participants take part in the program which runs for three days a week which are Tuesday, Thursday and Saturdays.

Former Rewa and current national women’s coach Marika Rodu is one of the instructors in the program and is being assisted by people like William Sikuri, Meli Yasawa and Raju Gounder.

Fiji FA plans to further outreach this program to the western and northern divisions at a much bigger scale in the future.