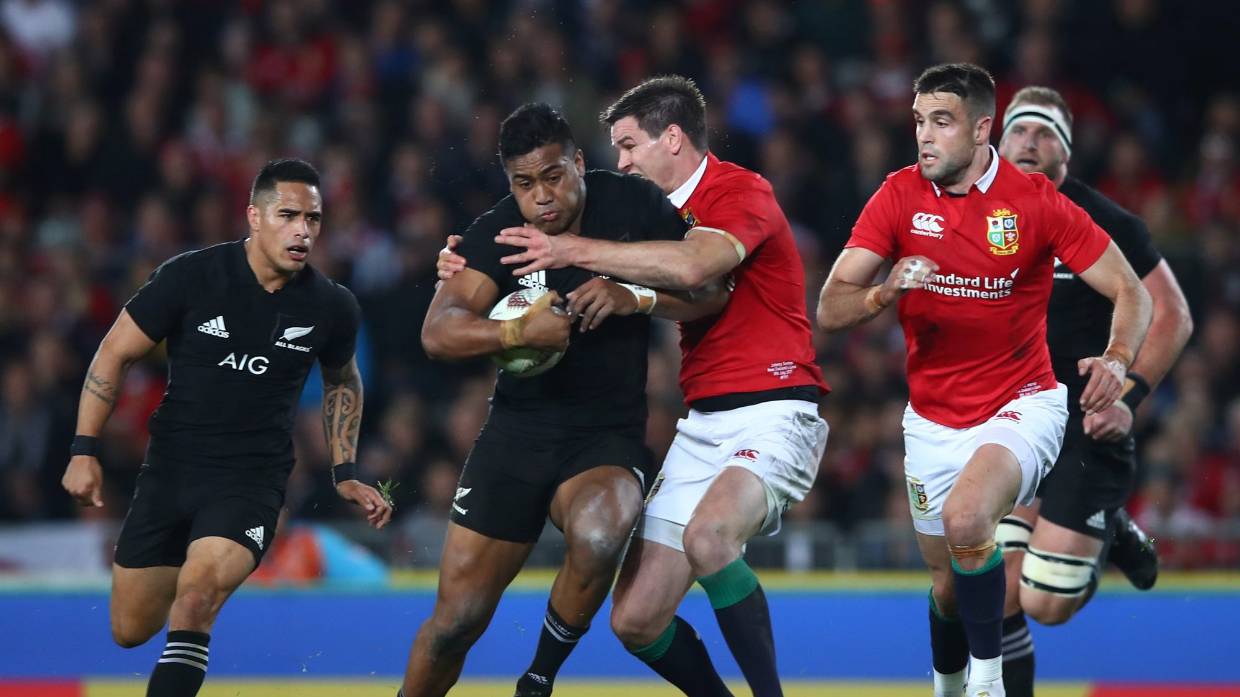 Julian Savea's last appearance for the All Blacks came in the third test against the British and Irish Lions at Eden Park in 2017. Picture: STUFF

Julian Savea is leaving France and is open to a move back to Super Rugby or the NRL.

The former All Blacks wing announced his departure from Toulon on Instagram, and also posted an accompanying video with brother Ardie in which he spoke candidly about his future.

“I’m open to anything,” Savea said. “Ideally, I’d like to be back with the ‘Canes.

“The [French] season is done and I’m coming home soon, hopefully, once everything dies down,” Julian told Ardie.

“And I guess trying to get back into New Zealand rugby or find another contract but that’s a five-month, six-month timeline in terms of what could happen because the Covid-19 is still ongoing.

“We’re waiting for everything to calm down and when teams and organisations are ready to sign again.”

New Zealand Rugby has imposed a moratorium on Super Rugby signings until play resumes, but clubs are still allowed to talk to potential targets and Savea’s availability for the 2021 season is likely to attract suitors.

At his best, Savea was one of the greatest wings to play for the All Blacks, and he said that a spell in the midfield for Toulon had rounded out his skillset.

At 29, Savea might be past his absolute peak but there is a lack of experienced back-three operators in Super Rugby.

Hurricanes team-mate Nehe Milner-Skudder announced on Wednesday that he was joining the Highlanders for the 2020-2021 seasons.

Savea said he was hoping to return to New Zealand shortly and would spend the rest of the year training to “stay ready” for any opportunity that comes up.

“It’s been a bit tough but with Covid-19 clubs are not signing anyone and don’t really have that money to offer people so that made my decision easy,” he said.

“For me it’s better off being in New Zealand, close to family, and I get to train back with the boys and just get my body and my mind ready to go for whatever’s next, whether that’s in New Zealand or somewhere else overseas.

“First and foremost I just want to get home.”

Savea’s wife Fatima also answered questions about the move back to New Zealand on her Instagram account, revealing the family would initially settle in Auckland.

Savea also posted a message of gratitude to Toulon for his spell in France, where he was on the end of some harsh media criticism.

“Thank you to those who have supported me over the past two season here at RCT,” Savea wrote.

“I will forever be thankful for this experience and my time in Toulon.

“Very bittersweet moment not getting to end the season the way I wanted to, but also very excited for this next journey ahead of me.

“I want to thank all my brothers that I’ve played with over the past two seasons, you guys are very special to me and I’ve made some life long friendships I will cherish forever.

“I want to thank the coaching staff and the management for always being good to us.

“It’s been a long journey and not a pretty one either but the highs definitely outweigh the lows.”