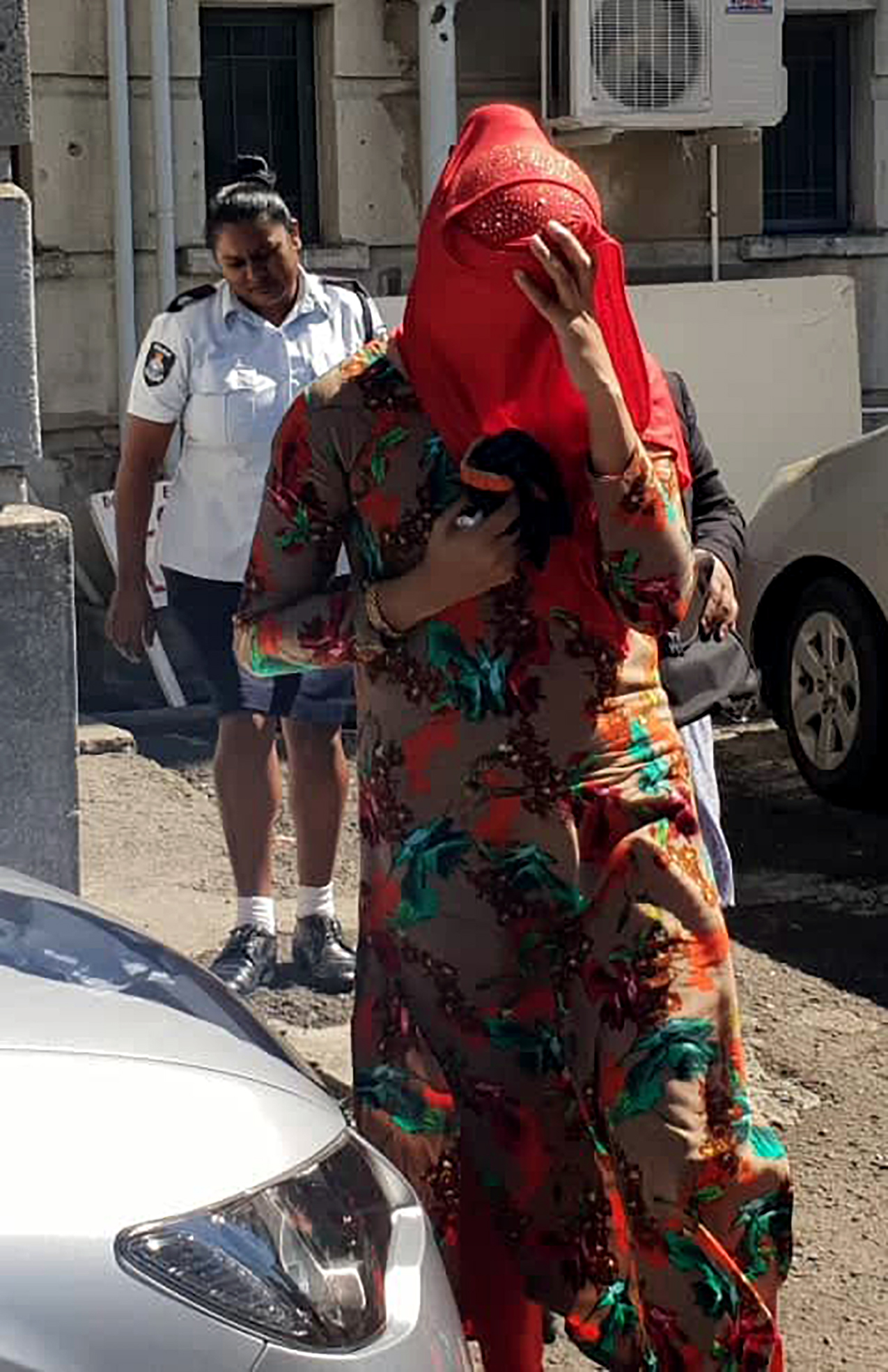 Rozleen Razia Khan, the mother convicted of killing her daughter in 2018 is accompanied by a policewoman at the Suva Magistrates Court on Tuesday, July 16, 2019. Picture: VISHAAL KUMAR

HIGH Court judge Justice Vinsent Perera will sentence a mother convicted with the murder of her daughter today.

While presenting the mitigation submissions yesterday, defence lawyer Gavin O’Driscoll requested the court not to impose a minimum term in his client’s sentence.

Mr O’Driscoll submitted that many of the mitigation factors for his client had come through as evidence during the trial.

He said these included the circumstances that Ms Khan found herself in and the fact that she was separated from her husband at certain times.

He said Ms Khan had only been able to attend school until Year 11 in 2000 and came from a poor background.

He informed the court that because of her limited education, she did not have the opportunity to develop herself, got married after leaving school and involved herself in looking after her children.

State lawyer Shirley Tivao said one of the aggravating factors in the case was the lack of remorse shown by Ms Khan.

She asked the court if a minimum term could be imposed in the sentencing given the circumstances of the offending.

Ms Khan has been further remanded.