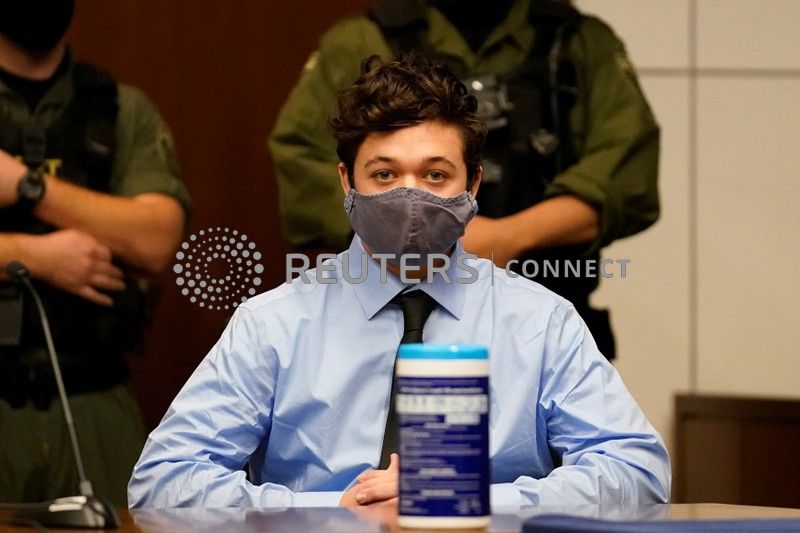 Kyle Rittenhouse, the teenager charged with killing two people and injuring another during demonstrations on the streets of Kenosha, Wisconsin, listens to defense attorney John Pierce during an extradition hearing in Lake County in Waukegan, Illinois, U.S., October 30, 2020. Nam Y. Huh/Pool via REUTERS

(Reuters) – An Illinois judge on Friday ordered the extradition of a teenager accused of fatally shooting two protesters and wounding a third during demonstrations in August in Wisconsin.

Paul Novak, a judge in Lake County, Illinois, where 17-year-old Kyle Rittenhouse is being held, handed down a six-page ruling denying the teen’s request for release and ruled he must raise his self-defense claims in a Wisconsin court.

The ruling was issued hours after an extradition hearing at which Rittenhouse’s lawyers did not call any witnesses, despite indicating they may elicit testimony from his mother and four experts.

In addition to arguing Rittenhouse acted in self-defense, his lawyers had alleged technical errors in paperwork behind his arrest in his hometown of Antioch, Illinois, close to Kenosha, Wisconsin where the shootings took place.

Novak said he found no paperwork issues and it was not his role to judge the merits of the case under extradition law.

“These are matters that can be raised in Kenosha, Wisconsin, through pre-trial proceedings or during trial,” Novak wrote.

John Pierce, Rittenhouse’s lawyer, said on Twitter that he planned to appeal the ruling to the Illinois Court of Appeal.

“We will never surrender. Kyle will be set free and cleared of all charges,” Pierce said.

Rittenhouse was charged with first-degree reckless homicide and five other criminal counts related to the shootings, which occurred on Aug. 25 in Kenosha, Wisconsin during civil unrest sparked by the police shooting of Jacob Blake.

Rittenhouse returned to his home in Antioch, Illinois after that night and was taken into custody in Lake County soon after.

Immediately after Friday’s ruling, Rittenhouse was taken to the Wisconsin state line and handed over to the authorities in Kenosha, a spokesman for the Lake County Sheriff’s Office said.