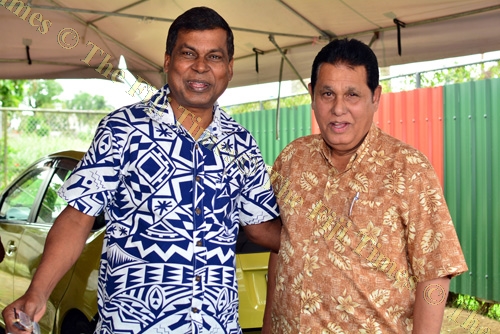 FORMER politician in the Bavadra Government Ahmed Bhamji says to judge a politician, one should see the sacrifices they’ve made to fight for the poor and underprivileged.

The 65-year-old was the Minister for Communications, Transport and Works in the National Federation Party and Fiji Labour Party coalition government when Sitiveni Rabuka staged Fiji’s first coup on May 14, 1987.

He was also a former mayor of Ba.

Being a National Federation Party supporter for the past 20 years, Mr Bhamji said the current leader, Professor Biman Prasad, was the right person to be at the helm of the party.

“Professor Prasad has sacrificed a job in which he was getting almost $200,000 per annum to become the leader of this party for the past three years.

“So when you see the leadership of a party, one needs to see the sacrifices they have made for the sake of ordinary people. There is something that brought them here because if not why should they leave a luxurious life with a bigger salary,” he said.

Mr Bhamji said some politicians had sacrificed so much in life so that they could make a difference in the lives of ordinary people.