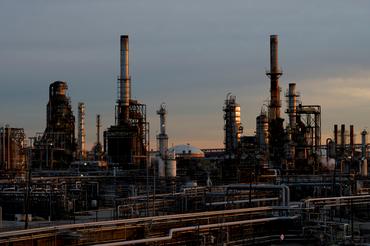 NEW YORK (Reuters) – The Philadelphia Energy Solutions oil refinery site will be sold for $252 million and redeveloped under a plan approved in bankruptcy court on Thursday, ending months of uncertainty over whether the idled plant would be restarted, court filings show.

Judge Kevin Gross signed off on the PES bankruptcy agreement, filed with the United States Bankruptcy Court for the District of Delaware, a day after indicating at a public hearing that he was likely to do so.

Hilco Redevelopment Partners, which becomes the new owner of the roughly 1,300-acre (526-hectare) PES refinery site as part of the plan, is expected to build warehouses and other commercial projects on the land.

While Gross approved the purchase and sale agreement, PES and Hilco have not yet closed on the deal.

PES shut its 335,000-barrel-per-day refinery in South Philadelphia, the largest and oldest on the East Coast, and filed for Chapter 11 bankruptcy after a fire destroyed a section of the plant over the summer.

More than 1,000 workers, many of them unionized, were laid off and Pennsylvania’s oil refining job market was cut in half with the closure.

Hilco’s full build-out of the site, which would involve cleaning up deeply contaminated soil and demolition work, will likely take between 10 and 15 years, said Brian Abernathy, managing director of the City of Philadelphia.